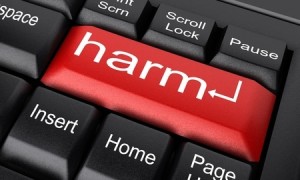 In the age of information prevalence, it can be all too easy to throw together a brand presence online and begin reaching people. We say “too easy”, because it often can be done without proper preparations or considerations being made prior; just about anyone today can start up a website, blog and social media presence without giving it much thought. If your brand has been making inward roads on the web, then it may be time to consider a solid social media marketing pathway, in part so that you can avoid the most common pitfalls of social media managers. Below, we’ll discuss four common ways that social media can actually harm your brand, rather than help it.

People Perceive It As Spam

Whenever someone likes your Facebook page or follows you on Twitter, they do so with the expectation of hearing from you again in the future. What many followers and subscribers do not expect, however, is to be inundated with the same messages and promotions, day after day. Many brands make the mistake of thinking that their subscribers only care about what they have to say about the brand. In many cases, a catchy article or piece of multimedia brought you to their attention in the first place. When pinging users with content on social media, you need to be active and consistent. But you also need to vary up the routine, share items that aren’t necessarily related to your brand directly, and avoid repeating the same thing over and over.

Hammered Handling of Complaints or Criticism

It’s easy to make a mistake on social media – as many brands can testify – and you may begin to see a negative backlash as a result. In most cases, apologizing for the mistake and moving on is the best decision. Unfortunately, some people let their personal and business lives intertwine when these events occur, and the results can be disastrous. Several major brands over the past few years have been accused of sending out drunken messages or otherwise intoxicated ramblings to customers or users who had something negative to say about the brand. Do not let this stress get to you, and always wait until you are in a sound frame of mind before responding to any criticism or complaints.

On Twitter in particular, hashtags are a popular way to create trends and associate themes with a brand or happening. This can have positive and negative effects. One notable recent example was the #MyNYDP trend, which the New York Police Department attempted to use as a way to showcase good acts by law enforcement around the city. It didn’t take long for the NYPD to lose control of the situation, as the Twitterverse was flooded with photos and stories of police brutality, racial profiling and other examples of bad behavior that has plagued their reputation for years. Another example  is the campaign of Georgia Governor Nathan Deal, who started a #WeKnowNathan hashtag. It was quickly taken over by his opponents and used in the opposite intended fashion for pinging users with Deal’s mistakes, gaffes and shortcomings. Carefully thinking about a hashtag before adopting it is a smart idea, and not doing so can quickly backfire.

By giving ample thought to any social media marketing effort, you can avoid the most common pitfalls. Do not repeat, repeat and repeat the same thing, avoid making obvious flubs that can be turned against your brand, and always be level-headed when responding to criticism. These three tricks will help you avoid the majority of instances in which social media outrage can be generated against your brand.

Tags:
BrandBusinesssocial media
« Why Cryptocurrency Is Good for SEO and Business
Expand Your Market This Holiday Season with These Strategies »
Share