Maximizing Tumblr Potential Is In Your Best Interest 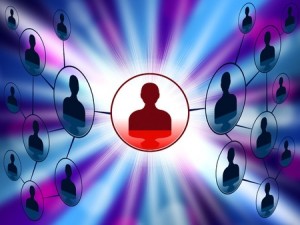 Any brand or business that is looking to take advantage of promotional possibilities has no doubt found its way to social media. With networks such as Facebook and Twitter comprising over one a half billion accounts, the bulk of the attention is paid to them. When trying to break into smaller niches on social media, however, it can be hard to navigate through all of the competition. The use of other popular social media networks can help you find new audiences more easily and craft a specific image of your brand, based on the habits of that network’s users. Tumblr is a very important and viable social media network with its own unique culture; we’ll talk below about why and how to maximize your potential on there.

Pinging networks like Tumblr with your brand’s content is an excellent idea due to the rapid growth this network is experiencing. Currently, Tumblr is doubling in size roughly every 16 months and features more than 40 million active users. With roughly 120,000 signing up for the service every single day, this growth will continue for the foreseeable future. Tumblr allows brands to reach coveted younger demographics; the social platform is the most popular network for those between the ages of 13 and 25. A majority of teens – 60% – cite Tumblr as being their favourite network. While this may not be the ideal demographic for some brands, it does have incredible value for many that need to make inward roads with younger groups.

Tumblr is used by most users as a way to communicate in an unconventional fashion with others. From the sharing of notes to the publication of GIFs, videos and photos, Tumblr mastered early on the type of multimedia sharing and social media that took sites like Twitter and Facebook years to include and perfect. Tumblr is different than many other social media networks in that it uses DoFollow links. This means that your links and posts on Tumblr will boost link credibility, increase search engine rankings and drive more traffic to your website. Because of this, you’ll want to be sure to include keywords in your posts and treat this content in many ways like you would any content posted to your website.

Before you join the network, it’s generally a good idea to consider which approach you’ll use and what goals are most important to your brand. Are you looking to increase traffic to your site? Would you prefer to build brand awareness? Is a better level of customer service through your target demographic desired? Are you in need of more sales? Pinging networks like Tumblr with your brand presence is flexible, and while it is possible to embark upon an all-of-the-above strategy, focusing on one or two main approaches will help you get the most out of your Tumblr efforts. When you couple this strategy with Tumblr’s microsite feature (being able to take advantage of Tumblr’s PR on your own hosted domain), the possibilities for reaching new audiences become endless!