What Elements Must Viral Posts Contain? 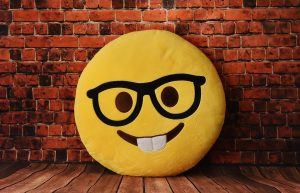 Social media has made it possible for literally anybody to become famous. With the right amount of luck (or lack thereof, depending), anybody’s story or experience can suddenly become a global phenomenon, reaching countless millions of people in the blink of an eye. While some posts that go viral were never intended to reach such an audience, many of them do in fact have a variety of common denominators. What exactly should you be including in each post for maximum viral potential? Continue reading to find out what elements you should always employ for boosting the reach of every post.

The majority of viral posts on social media and beyond do have at least one thing in common: they convey emotion. Whether the message is designing to highlight one’s emotion or make the reader feel emotion, the need for an emotional connection of some sort is paramount to making a post go viral. While many long-winded posts and shares may just be pinging noise out into the internet, viral posts generally do a good job at summarizing a personal feeling. If you can generate a connection with readers that resonates broadly, then you likely have the makings of a great viral post. Whether you’re making the reader happy, angry or sad is irrelevant: emotion in general moves people to act, comment and share.

Whether a post goes viral or not often depends largely on how the audience that is most closely related to the original poster feels about it. You need to know your audience to a T in the hopes of generating consistent viral success. This can mean anything from what words and topics they most resonate with to the times/days they are most active on social media. You want the stars to align as much as possible when creating potential viral posts, so understanding who comprises your initial audience is more important than what any other group of people might think. The information you’re conveying shouldn’t just be custom-tailored to your audience and filled with emotion, but it must also be relevant information that people find useful.

Who said that a viral post literally had to be a post? You can create viral content of any type, including photos, videos and infographics. Some viral posts contain a simple image or video with a detailed explanation or account – these often perform the best due to how well multimedia tends to perform on social media. For longer posts, you can generate anywhere from two to three times the shares with a video or photo as you can with a text-based post. Ideally, your post will still be relatively short – taking no more than a few minutes to watch or a minute or so to read (otherwise, you risk pinging noise to your audience, who won’t bother reading/watching because it is too long).

Building the formula for a viral post takes time, effort and luck. With a little bit of preparation, however, you can maximize your chances of success. By using multimedia, knowing your audience and conveying emotion, you’ve already overcome the biggest three hurdles people face when it comes to getting the word out. Have you ever been successful at creating a viral post? If so, what do you think made it explode? Leave us a comment below and give us the details.