How Can Tumblr Benefit Your Business? 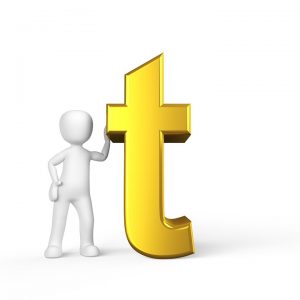 There are so many social media networks these days that it can be difficult to keep track. Most businesses and brands understand and utilize the standard fare: Facebook, Twitter and Instagram, just to name a few. However, there are many other networks out there that can be used to connect with specific audiences and can also be ideal for various niche promotional efforts. Tumblr is one of these networks and has plenty of benefits to offer to some businesses. What are they? Continue reading and we’ll lay out the benefits for your brand.

Tumblr Has No Boundaries

As long as you’re not posting anything illegal, Tumblr can be a great place in which to truly live up to the notion of “freedom of speech”. While most businesses will not feel the need to be vulgar or otherwise embrace concepts that might be censored elsewhere, some businesses will enjoy the relative freedom that can be found on Tumblr. It is worth noting that pinging URLs to your products and services may not receive the warmest reception on its own, but when coupled with some of the edgier and more engaging content that is available on the network, you can make a good impression and generate valuable marketing potential for your business.

Tumblr has long been known as a place where virtually any community or audience could be found. From the odd to the downright weird, Tumblr is a niche marketer’s dream come true. It is here that you’ll find a variety of groups and communities that have very specific interests. This makes it easy to figure out how to approach them with various marketing tactics. While not all marketing efforts will deliver phenomenal results, there are many unique opportunities to explore on this network. Because the nature of the network is so compartmentalized, businesses that wish to perfect various content marketing strategies can experiment freely here to see what works and what doesn’t.

Many businesses find their models targeting audiences that are comprised of the under-30 category. Tumblr is in many respects a “young” social network, in that the overwhelming share of people who use it fall into this category. Additionally, there is a relatively large teenage community on Tumblr. Whereas with Facebook it becomes necessary to wade through a large assortment of people across all age groups, businesses that cater to young people will feel at home on Tumblr.

Tumblr Has a Viral Feel

Many businesses want to use social media as a way to reach new audiences and promote various forms of content. With Tumblr, there is a greater chance of a given piece of content going viral due to the structure of the communities on the network. Because people tend to stick together and network more with those who have common interests, an individual reblog has more power on Tumblr than it does elsewhere. This means that pinging URLs to a given set of followers will be seen by a much larger audience of relevant individuals when those followers reblog the content.

Have you used Tumblr in a personal capacity before? If so, let us know your thoughts about it below.

Tags:
social mediaTumblr
« Want More Sales? Optimize Your Products with These Tips
What Brexit Data from Google Tells Us About Consumers »
Share

SEO or SEM: Which is Right for Me?
Three Simple Tricks to Boosting Likes on Facebook and Beyond!
The Best Ways to Connect with Influencers via Social Media