Want More Twitter Followers? Then Use These Three Tips 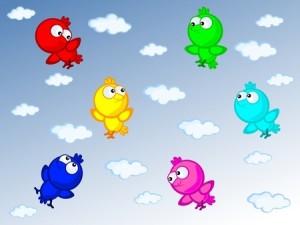 In the age of social media, very little can get your message out as quickly or to as many people as sites such as Facebook, Twitter and other social platforms. In the past, it was much more difficult to spread a message – usually, you needed to have an existing subscriber base or wait for search engines to index your new content before you could expect a flurry of commentary and shares. Anyone who uses Twitter will tell you that followers are relatively easy to obtain, but how can you attract legitimate followers who are interested in what you have to say? In the following article, we will discuss three ways in which you can encourage Twitter users to involve themselves with your tweets and generate additional attention in the process.

If you tweet on a consistent basis, then you have probably already noticed that different tweets receive different amounts of attention. There are quite a few variables that can impact this: the content of the tweet, the audience’s interest in the message and the time at which it is tweeted can all affect this. In the case of time, it is important that anyone who wants to attract more Twitter followers tweet during the most active times in terms of their existing audience being active. If you use an analytics program (there are several available), then you can be pinging servers on Twitter for which times are best to tweet. This will ensure the maximum amount of impressions possible and as such, the maximum amount of potential re-tweets and new followers.

There are already millions of Twitter accounts in existence that spew out regurgitated content and serve no purpose other than to gain followers for the sake of gaining followers (which of course can have multiple advantages). If you want to demonstrate value and concern to your followers, then be sure to initiate discussions with them on various subjects. This can range from replies and thank yous for re-tweeting one of your tweets to initiating discussion on their tweets as a way to make an impression. The more time that you spend conversing with other followers is more time and exposure that you will gain with them and their followers – a perfect way to generate the Twitter equivalent of leads for your profile.

When you tweet, what do you include in your tweets? If the majority of your tweets consist of others’ tweets and content, then you may find it difficult to grow a grassroots ring of followers. If you deliver unique and intriguing content, however, then you can use this as a way to convince sceptical Twitter users to check your profile, brand or website out further. When you create something that is both valuable and unique, then other Twitter users will tend to share this more than they would regurgitated content. You want your handle out there as much as possible: unique content is the best way to be pinging servers on Twitter on a continuous basis.

Tags:
social mediatwitter
« How to Create an Effective Online Personality or Brand
Reasons Why You Should Invest More in SEO »
Share