Why Every Brand Belongs on Tumblr 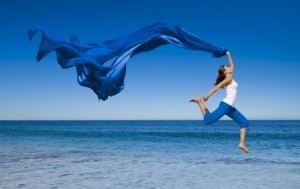 With so many social media platforms in existence these days, many brands feel stretched to the breaking point when it comes to the proper maintenance of each. Even though aggregate updating systems exist that can push status updates to multiple platforms simultaneously, proper social media management requires a personal, nuanced approach for each platform. Many brands that are heavy into social media have overlooked Tumblr, which has become quite popular in recent years as a sharing platform that breaks the mould. Below, we will discuss a few reasons why every brand needs a Tumblr presence and how you can benefit from its use.

While Tumblr is remarkably popular these days among select demographics, most brands have not yet made the move to Tumblr because they are unaware of how to monetize or utilize its appeal. While the same problems will be of some challenge to any brand, the development of a “cult following” through Tumblr is fairly easy to achieve. Virtually any brand can find a niche in which their creations and dialogue will be accepted – it takes some practice but adapting to Tumblr culture is quite easy and fun! Once you have mastered the art of networking via Tumblr and are pinging your website, you will be better positioned than your competitors for the long haul.

While expression is a key component of social media, most networks have stringent guidelines that can result in certain brands finding themselves in hot water over a publicity stunt or inappropriate comment. With Tumblr, you will have the freedom to express yourself in much broader fashion. In addition to laxer rules about commentary and content, Tumblr also is very friendly to photos, videos and animated GIFs. This format encourages creativity and helps your brand expand its appeal beyond simple text and bland status updates. It is through Tumblr that you can use multimedia to appeal to large audiences and niche markets alike.

Recently released on the platform, there is now an advertising program built into Tumblr that allows users to create custom advertising campaigns to reach select audiences. Not only will the ads consistently be pinging your website to audiences when dictated, but you can determine who sees these ads in order to get the best bang for your buck in terms of click through rates and conversions. Mobile advertising options are also available, which help you reach the ever-growing share of the internet that is being viewed via mobile devices (around 25% at this point).

Last but not least, many brands stand to gain much from using Tumblr due to its heavily youth-predominant audience. With hundreds of millions of users now on sites such as Facebook and Twitter, many younger people have sought “refuge” from adults and parents in order to maintain their privacy – Tumblr is one of the biggest examples of this. Because of its laid back nature and lack of appeal to older generations, tons of brands can compete for valuable attention via Tumblr in one of the most in-demand age groups.

TikTok Marketing: How to Get Started
How Online Stores Can Use Google Images for Increased Sales
The Holidays Are Coming – Is Your Social Media Ready for It?