Is the Pokémon Go Fad Over? 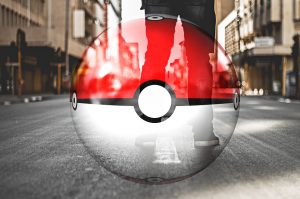 When Pokémon Go was first released, it took the world by storm. This augmented reality game was the game of choice for millions of people all over the world throughout the summer of 2016 and it has also become one of the most controversial games ever created. For many, this controversy added to its appeal, while in other cases, it turned a lot of people off this game.

Pokémon Go Is Losing Players but This Is Natural

Pokémon Go is still the leading mobile game at the moment and is the number one seller on app stores like Google Play and the iTunes App store. Downloads of this game during the summer of 2016 broke all kinds of records, so it’s only to be expected that this huge number of sales could not continue.

The search engines record and report on all of the searches that take place each month. At its peak, Pokémon Go related searches were a couple of times higher than they are now. The sudden popularity of the game for a month or two has been followed by a sharp decline in interest from people who use the search engines.

The number of people who continue to play the game is another key factor that has to be considered before deciding whether or not Pokémon Go is a fad that’s coming to an end. User engagement is still high as the games Monthly Active Users (MAU) levels off from its high of over 50 million users in July 2016.

There may not be as many people playing the game as there was when it was first released, but it has still retained a large number of players. Its current user numbers may have dropped but they are still much higher than any other similar games out there.

New upgrades and features are in the pipeline and one of the biggest developments and additions to the game will be Pokémon Go Plus. Pokémon Go Plus promises to enhance Pokémon Go gameplay and has the potential to retain more users and attract a whole new audience of players. Other developments are sure to be introduced as a follow up to the massive success of this game when it was first released to the public.

How Pokémon Can Avoid Becoming the Latest Fad

As the fastest game ever to reach 50 million users, Pokémon Go has definitely made a huge impact in the gaming world. Since this spike in popularity, the figures have started to drop. However, this does not mean it’s the end of the road for Pokémon Go because it still has a huge legion of fans who are active users and there are many developments planned in the coming months.