What Pokémon Go Shows Us About the Future of Marketing 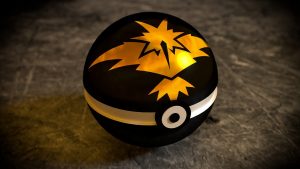 With the recent release of Pokémon Go, a wave of enthusiasm and obsession with the game has taken hold of the world. From reports of thefts and injury due to players not paying attention to their surroundings, to players catching Pokémon in sensitive places (like the National Holocaust Museum), there is much banter about this new game. While most are talking about the game itself, others are exploring what the game means for the future of marketing. With several unique elements to it that make it an ideal platform for marketing, we can all learn something about what this means for future marketing efforts. We’ll discuss some of those elements today and unravel what the future of marketing looks like.

We are all familiar with the marketing potential now available through sites such as Facebook and Google, which allow businesses to microtarget consumers based on a wide variety of characteristics and interests. These services help us in pinging URLs to relevant audiences and can be done so very cheaply. Many businesses may not know it yet, but Pokémon Go offers a similar service for those who are willing to be clever. The app allows users to purchase a variety of items via Pokécoins (which can be purchased via cash) that can help them in their quests; one of those items is a Lure. The lure increases the number of Pokémon in an area temporarily. After breaking down the conversion rates, a business can purchase lures for the equivalent of around $1.20 per hour. This is an awesome deal if your business is near a PokéStop, as you have probably heard of the throngs of people flocking to locations where Pokémon are abundant.

This phenomenon was first discussed with the release of Ingress several years ago, but Pokémon Go is once again bringing it to the forefront. With the massive amounts of data collected from mobile devices via the app, apps such as these will now have the ability to micro-target users in ways that were previously impossible. Likewise, apps that choose not to do the marketing directly will still possess plenty of potential by selling the data to third-party entities who can use it for their own marketing purposes. From customized ads to specialized shopping experiences, apps such as Pokémon Go will sooner or later put all of this juicy consumer data to good use. Expect to see this trend continue in the years to come.

Pushing the Boundaries of Danger and Controversy

Augmented reality apps such as Pokémon Go focus on getting their users moving about the physical world in pursuit of in-game rewards. This marketing potential is a double-edged sword: while it can be great for business’ bottom lines, it can also be detrimental in a variety of ways. Take for instance the Pokémon Go users who have been robbed in both Baltimore and Oakland, and who were “lured” by the very same item we discussed above as being a potential benefit for businesses. Likewise, controversy from this has been in constant supply due to users participating in the game in some inappropriate places, such as libraries and even the National Holocaust Museum. Marketing has always been willing to push the envelope in the past; this is unlikely to change going forward.

What Makes for a Good PPC Campaign?
The Big Tricks Behind Sales Psychology
How Social Media Can Improve Business Performance