How Siri Could Adapt to Work with Social Media 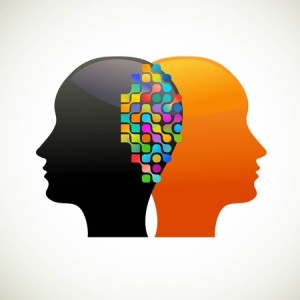 Now that the world has had a bit of time to get used to its new digital assistant – Apple’s Siri, who arrived with her sexy 1980’s robot voice on the iPhone 4S, it is time to stop asking her mad questions just to see if the programmers had actually set her to answer them (I like how they put in a whole bunch of different answers for “Who’s your daddy?”) and think about how this new technology could further advance to help us with our social media stuff.  There are certainly some hints that Apple might be thinking this way, and if so, future updates to Siri could revolutionize the way we stay on top of our social media presences.

Siri Needs to be Connected

One interesting thing about Siri in its current form, is that even though it only interacts with the iPhone’s own software, you need to be connected to the internet to use it.  This seems somewhat unnecessary – why would you need the internet to get Siri to set an alarm or take a note?  Most of what she currently does for you is interacting with the built in apps like the calendar and notes or with the phone and text functionality, so you would expect that all to work without a data connection.  It seems that the fact that you need to be online to use Siri is an indication that later upgrades to Siri will interact more with the internet, and, hopefully, non Apple sites and services.

The Siri technology currently allows you to do things like say “Tell Steve I’ll be late”.  This is effectively two commands, one, to create a message saying “I’ll be late”, and two, to send it to Steve.  You can see how this could easily, should the integration exist, be tweaked to allow you to change the “Tell Steve” part of the command to “Tweet”, or “Update my status to”.  It would not take those crazy geniuses at Apple long to have Siri tweeting and updating your status for you, providing Twitter and Facebook allow it.

Being able to tweet or update your status using Siri would save time and be kind of neat, but it would only be a gateway to a whole bunch of other interactions the interface could have with your social networks.  You could ask Siri to search on a hashtag and read back the results, or use it to share sites on Facebook as you browse with Safari (again, via voice control).  It could, eventually, become the natural way we interact with our social world through our phones.

What these changes could mean for marketers is that they would need to consider not only how easy their message is to find, but how catchy it is when read out.  It would also mean far more emphasis would be put on user generated content than on static pages – think about it, when people surf with an iPhone, most of what they do is through apps rather than the browser.  Extended use of Siri would further separate the user from the old school world of having to remember a site’s URL.

These are just some ideas, but it is going to be important to keep tabs on Apple and how they are moving voice recognition technology forward.  They brought touch screen into the mainstream, this could be the next big thing.