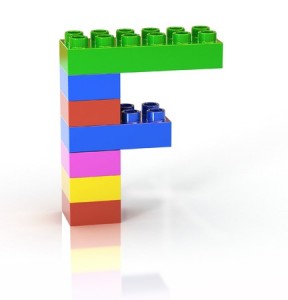 Facebook users are a fickle bunch.  Whenever there is a change to the layout of the world’s most visited website, it is usually met with a bunch of whining about how nobody likes the new layout, and a bunch of groups forming who want it changed back.  Of course, it never gets changed back, and we all get used to the new design only to complain when it gets changed again.  In a bid to look at these things more positively, here we take a look at some memorable and good changes to Facebook that have happened over the years.

A tiny change, but one of the most important.  Status updates used to consist of the user’s name followed by the word “is”, meaning you either had to construct your status around it or just ignore it, meaning you ended up with some pretty weird looking stuff in your news feed.  “Amanda is I love bacon!” and suchlike.  The most significant thing about this was that it represented a shift from the status being in a prescribed structure to it being freeform, much more like, well, a tweet.

Tagging Friends in Statuses and Comments

Originally, you could only tag people in photos.  Then came the addition of the tags you could use in your comments and statuses, so that anybody mentioned in them would see them on their own walls.  This was a move to make the social network a bit more social, as users were able to include their friends in what they were posting far more easily and make sure that the tagged friends saw what they had said.  The use of the “@” to do this did seem a little like it had been stolen from Twitter, but that’s OK, think of it as convergence.

Realizing the enhanced benefits that could be offered to users on mobile devices, Facebook began to allow users to “check in“ to the locations they visited, and tag the friends they were with in these updates.  Overused by some people (do you need to know which room of their house somebody is in?) and terrible for getting you caught out when you’ve lied about where you’re going, this does have some practical uses as well.

Criticized because its way of deciding who you “most regularly interact with” seems a bit random, and because a lot of the news people are finding popping up in their sidebars is about people they don’t know (for instance when your friend writes on the wall of someone you don’t know, it tells you), the sidebar does have some good points.  It gives you an at a glance view of who is online, and also of new status updates and comments from your friends, whatever page you are looking it.

Facebook chat has never been the best IM solution, and the message inbox features were also fairly limited.  The whole experience has become a lot simpler since the two have been integrated, meaning undelivered chat messages go to the inbox and inbox messages can be sent quickly and easily through the chat interface.

Whether made to keep up with other sites and services, to harness the increasing mobility of its users or simply to innovate in how we communicate, Facebook changes are not always a bad thing.