Everything You Need to Know About Periscope 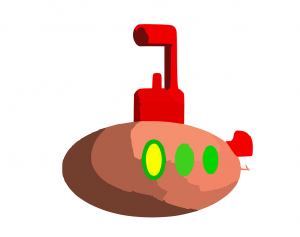 With so many different social media networks now in existence, it can be hard for brands to know where to turn to for maximum attention. Even for the average internet user, the choice can ultimately be a difficult one to make: which social media outlet best exemplifies my interests and desires? Brands will be happy to know that a wide variety of audiences can be found across all networks, but some are better suited for targeting by specific brands, depending on their objectives. One network, Periscope, brings an interesting concept to life for millions of users and countless brands. Below, we’ll talk about the basics of Periscope so that you can determine whether your brand’s presence on it is justified.

What exactly is Periscope? This network allows users to provide live streaming video of various events and items that can be viewed in real-time or viewed and downloaded later. The network has been around for about a year and has generated a large amount of buzz. The network works entirely through the use of a mobile app, which can be downloaded to any smartphone. Once downloaded, users can register via their Twitter accounts or their phone numbers. Once on the network, users will be able to live-stream broadcasts, follow other Periscope users, and watch their broadcasts while pinging servers with their own comments and thoughts. Many people use Periscope in the same way that others utilize Google Hangouts or Stre.am.

How to Use It

Brands can get a lot of use out of Periscope, depending on their objectives. For those brands that wish to drum up attention, it has never been easier to broadcast videos, generate buzz, and be discovered by others. With a variety of niches on the network, you’ll easily be able to plug into one audience or another with creative contributions. You can start following people immediately, which will alert them while giving you immediate access to their content. The Watch Tab in Periscope will show you the content of everyone who you have followed for a period of 24 hours after first following them, helping you to determine what their particular interests and contributions are on the network. Watching broadcasts can be done by simply clicking on a user in the app, and your very own broadcasts can be easily done – whether it be an interesting unveiling or a Q&A session – by tapping the camera icon in the bottom of the app.

Why Marketers Love It

So many people today demand that brands be pinging servers with live content and on-demand offerings, which is why Periscope can be a godsend. Before acting, brands will need to determine what type of narrative they wish to create via the platform. Do you want to learn more about a given audience? Do you want to figure out what is the best way to show off various products and services? Are you trying to project your brand as a more human and personal element? Whatever the exact desire, live Periscope broadcasts can be used to accomplish such objectives in real time and to large audiences. Especially considering its integration with Twitter, the ability to hype up upcoming Periscope broadcasts across multiple platforms gives brands a powerful ally in their marketing plans.

Tags:
Periscope
« How to Formulate the Basis for Telling a Story
Busting Through the Myths About International SEO »
Share