Can The New ‘Longer Length’ Direct Messages On Twitter Help You Engage With Your Followers Better? 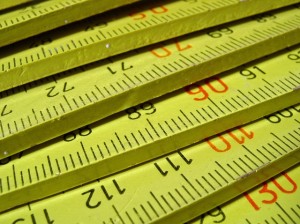 Twitter announced on August 12th that they have scrapped their 140 character limit for private Direct messages. But what does this mean for you?

Probably because Twitter realized that people were moving to platforms like Facebook and apps like WhatsApp to talk to their friends and spending less time on Twitter, they increased their character limits so that now you can actually have a meaning full conversation with your friends, family, customers or even strangers that you don’t really know.

However be careful how you use it; just because you can now write an essay within Twitter doesn’t always mean you should. After all it’s all about engaging with your followers, not putting them off you forever and thinking you’re going to bombard them with stupidly long messages over and over again.

What Can You Use Direct Messaging For?

Twitter’s direct messaging feature is basically a private conversation between you and a fellow follower, something no one else can see and is not publicly visible.

So in terms of your marketing etc. you can now actually have a fully-fledged conversation from within Twitter itself rather than having to keep things short and simple. So, you can potentially give better customer service, be able to connect with your audience more and fingers crossed keep them “Twitter happy” too.

How to Use The Extras Characters

As we just talked about, the extra characters mean you can keep the conversation inside of Twitter, which means that you can talk to your followers properly. You no longer have to use shorthand and a great touch where business is involved, and you can sign the end of each message with your name and website address.

You could also go as far as including the links to the other social platforms you’re on to encourage users to follow, like or whatever else it may be in different places if you use multiple platforms.

Another option is that you can use it to send followers promotional messages for discounts and vouchers or remind them of what other things you offer. Just remember to keep it short still!

Don’t Bore Them Just Because You Can!

Now this could be a huge pitfall and something I’m sure Twitter was worried about when they launched this new “extra characters” feature; sending huge DM’s to other people and literally boring them with long messages about nonsense or something that doesn’t interest them isn’t a good idea.

People’s attention spans are very short (hence why Twitter has worked so well) and so you need to remember to keep your messages meaningful and useful. Just because you can send them huge messages doesn’t mean you should.

One of the best things about this feature though is that it gives your followers a chance to talk to you more than they would have ever before, give you better and clearer feedback, ask you full questions and get the answers they actually want or just talk to you with a proper conversation instead of having to keep things short like everyone had to before.

Tags:
twitter
« Should You Delete The Old, Outdated Posts On Your Site?
Important Data-points to Analyse in Your Search Data »
Share