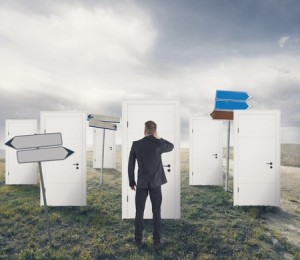 Within the past couple of weeks, we have heard about several changes to multiple search engines and the way in which they display ads. First, Google changed its ad program to ensure that close variants were no longer considered separate search queries, which has thrown a wrench into the lives of ad campaign managers using Google. Now Bing has announced that close variant searches will begin matching exact and phrase match terms, which poses an issue for those who use Bing (and a new issue for those who use both Google and Bing). What can you expect with these changes coming down the pipeline, and what can you do to minimize any negative impacts? We’ll discuss these changes in the following article so you can be in the know.

The biggest side-effect for advertisers on Bing will soon be made clear in reality, but we’ll articulate in words what they can expect. Quite simply, the age of improved technology has meant that search engines recognize search queries associated with one another (even if they are not exact, due to typos), which has been a great development for search in general. Unfortunately, many people who are pinging search engines like this do not try to auto-correct themselves, and ad platforms have not been billing advertisers for these queries – even if they end up reflecting their ads in search.

How can you fix this seemingly huge dilemma? It won’t be easy, but there is a way. Perhaps the most straightforward solution is to begin – right now – with the creation of a new, huge negative keyword list. If you do not alter the way in which ads are displayed with close variants and broad matches, then your ad campaign budgets will soon go through the roof in cost. You obviously cannot afford to sink many times more money into the same campaigns you already have been managing, but this will be a time-consuming process in the beginning. You’ll also have to consider negative keyword lists for any and all future ad campaigns. In some cases, it may be more cost effective to hire freelancers to handle the creation of these lists.

At least for now, US advertisers can opt out of this close variant matching when it comes to exact match keywords. On phrase match and broad match queries, however, there is no way to opt out currently. International advertising markets are currently undergoing testing with these features, so you may or may not run into this issue when advertising outside of the US.

This is being pushed by multiple search engines and advertisers – including Bing – as a way to increase revenue. For the longest time, search engines have essentially allowed advertisers to take advantage of some traffic without having to pay for that traffic. As close variant matching becomes mandatory instead of optional, revenues for these platforms will continue to increase. As such, the true cost of advertising for businesses will continue to increase as well. Whether businesses choose to simply accept the cost of pinging search engines and not excluding certain terms, or take the time to exclude those terms, it leads to more time and/or money spent one way or another.