How Google’s Recent AdWords Changes Will Affect You 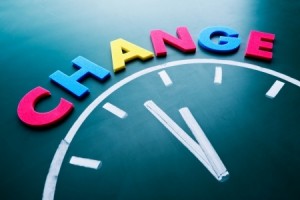 As of a couple of weeks ago, Google announced that users of AdWords would no longer be able to select specific matches via bidding, and instead would have to select these in conjunction with likely matches (i.e.: typos and variations of the specific keyword). This has lit the entire AdWords world on fire, sending worries through those who already have their budgets and keyword lists carefully calibrated. What does this mean for the future of AdWords, and more importantly, online marketing as a whole? We’ll discuss below what changes have occurred, and what you can expect from these changes.

Is This a Good Change?

If you listen to Google, then of course the changes will mean rainbows and sunshine for everyone. However, many advertisers see quite a bit of negativity in the recent changes. First of all, you will now have to specifically include variations of keywords that you no longer wish to have included in the marketing campaigns. Those who are pinging for SEO through non-paid sources will wonder how this makes any sense at all. The primary change is motivated – regardless of what is said – by Google wanting to earn more revenue through AdWords. As the primary revenue generator for the company, Google is always on the lookout for more ways to generate revenue through existing revenue streams. In short, this is not a good change for the average advertiser who has a limited budget and limited time to recalibrate their keywords lists.

As we mentioned above, the primary change being felt by advertisers is the exclusion of variants from your targeted keywords. This means that by default, your ads will be shown in more search results than before. The concept of exact match and phrase match essentially are dead once this rollout officially occurs. Matches for exact keywords will now generate hits in a variety of similar keywords and phrases, which means more money for Google. While pinging for SEO will still work the same as always through normal search engines, the method by which advertising via AdWords works will now be fundamentally different.

Unfortunately, you have very little in terms of recourse to avoid this. Less than one week after the announcement by Google, Bing came out with a similar announcement for its advertising platform. Simply put, the search engines are making a move of convenience that enhances their revenue streams, leaving average advertisers with only one or two options. You can either cease advertising via these sources altogether (not a great idea from a marketing standpoint), you can pay the higher rates and continue to advertise as normal, or you can spend ample amounts of time creating negative keyword lists of all the potential variations that your ads may show up in via search due to the new changes.

Google is making huge changes, and they are quite unavoidable. You can spend more time altering your negative keywords to make up for the difference, but this will cost valuable time. As other search engines appear to be making the same move away from exact and phrase match advertising, the future of search engine advertising will continue to increase in price. There is next to nothing in terms of benefit to the advertiser that can be extracted from these changes.