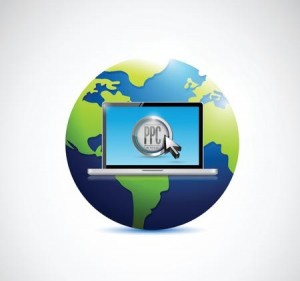 In competition for your advertising dollars are two affiliate networks that comprise the vast majority of search engine traffic: Google’s Adwords and Yahoo! Bing. New data released shows some pretty clear trends between the two behemoths, outlining who does better when it comes to overall impressions, click through rates and cost of doing business, among other things. For those who are frugal with their ad budgets, the data may show which network can serve you better. We have outlined the key differences in metrics below for you to consider when creating your next advertising campaign.

In a broader sense, Google Adwords stomps Yahoo! Bing. In the largest category of advertising, shopping and classified ads, Adwords beat Bing by delivering nearly 19 million impressions versus Bing’s 11 million. In other categories, the discrepancy was milder with most of the categories only having a slightly higher number of impressions by Google, but travel-related ads had a clear advantage with Google. Financial service advertisements, however, reached a larger audience via Bing, pinging links to 5 million users versus Google’s 4 million. Many believe that financial hubs such as MSN and Yahoo direct their users to that service via their internal searches.

When analyzing click through rates, it does not even seem to be a contest. Google beats Bing by more than three to one in shopping and classified ads, travel ads and computer and internet ads. In business and financial services ads, however, Google beats Bing by an astonishing five to one. This was not the case for every advertiser, though; one in ten advertisers saw higher click through rates with Bing than with Google, with a similar result for travel advertisements as well. Ultimately, it would appear that larger companies outperformed on Bing, while smaller entities did better at breaking into their appropriate advertising niches on Google.

Google yet again conquers in this territory, with over 39,000 advertisers using its services in fall 2012. Bing saw a total of 25,000 advertisers utilize its services during the same time period. It should be noted that over half of those advertising on Google reported also advertising on Bing as well, which is a sign of strategic marketing methods designing to be pinging sites’ offerings as often as possible. In shopping and classified ads, Bing came closest to beating Google, with 14,000 advertisers versus 11,000. In all other areas, Google beat Bing by 70 to 100% in the total number of advertisers, which created the larger overall discrepancy between the two.

Any large scale marketing effort should take into account both networks, but Google Adsense completely blows Bing out of the water. It is a testament to both Google’s dominance in search and their more established history at providing a PPC advertising service. Bing is growing and bit by bit, nibbling at Google’s search hold on the US market – but it will need to gain much more traction and optimize its advertising protocols to become a true rival to Google Adsense anytime in the near future.

Potential Factors That Damage Your Google Rankings (Part 1)
Mastering the Process of Writing LinkedIn Articles – A Walkthrough
Does Word Count Still Matter in 2022?