Every once in a while, someone or something goes viral that can make you take a second glance. There’s always an intriguing or funny story behind the event and why it happened. This time, it’s safe to say that Pingler played a role. 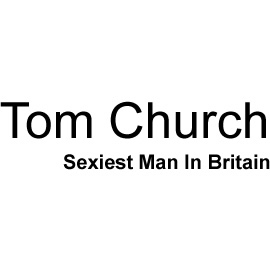 It all started thanks to a conversation a man named Tom Church was having with his girlfriend in Britain. The 25 year-old decided to ask his girlfriend whether or not she thought he was the sexiest man in the UK. Needless to say, Tom didn’t like what he heard. Her response? David Beckham.

Where other men might have had their feelings hurt by the blunt answer, Tom decided to prove her wrong. Thanks to his career in information technology, he understood how the internet worked. Namely, how Google and other leading search engines use a combination of keywords, tags, indexing and popularity to determine which pages, images and videos rank highly in each set of search engine results.

While it might seem like a huge challenge for most of us, for Tom, the solution was simple: to get his picture as the top-ranking result for “sexiest man in Britain”.

Where to begin? First, Tom uploaded a photo of himself to a dozen different free image hosting sites around the web. After doing so, he then made sure to give each instance of the image specific descriptions, titles and other tags that capitalized on the phrase “sexiest man in Britain”. As Tom explained and as everyone who follows Pingler’s blog closely knows, Google, Bing and other search engines absolutely love content that is laden with keyword-rich material.

According to Tom, he then turned to Pingler for further assistance. Using our free service, he then signalled to Google to come index each instance of the image on the photo hosting websites. The task of completely upsetting the internet and bumping instances of men like David Beckham and Tom Daley below his own photo took… 11 minutes. I wonder if Tom’s girlfriend feels any differently now?

News outlets are beginning to pick up on this story, and there is no doubt that men and women from all over the world are going to begin trying to emulate Tom’s big success story. In the wake of this attention, he has started his own Facebook page and blog where he provides “life hacks” on how to make this, that and the other on the internet work in his favour.

At the end of the day, Tom used a combination of content and SEO knowledge to get one up on his girlfriend. Pingler’s free ping services can be used by anyone to quickly index URLs and get ranked by all of the major search engines.

For those running their very own blogs and websites – and not playing pranks on their girlfriends – a subscription service is definitely worth the investment. Pingler has packages starting at just $2.99 per month that’ll allow anyone to ping up to 25 URLs daily to Google and other search engines. That’s a small price to pay to have all of your pages reach the top of search results in just 11 minutes!

Tags:
pinglertools
« Easy Ways to Boost the Potency of Your Existing Content
Improve Your E-Commerce Site’s Functionality Today with These Features »
Share