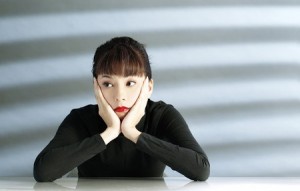 Around for over fifteen years, Google once was little more than a project started at Stanford University. In its early days, many weren’t willing to give Google the time of day due to heavyweights like Yahoo dominating search, but over time, the word spread that Google offered superior search results for users. As of today, Google dominates roughly two-thirds of the search engine market, making it a formidable opponent to all who may have ideas about future growth. Unfortunately for Google, other websites have plans to unearth the dynamic and dominance that Google enjoys presently, but not by competing directly against the search engine giant. Why is Google worried about what sites like Facebook and Amazon are doing? Continue reading to find out more.

Practically everyone has heard of Amazon at one point or another, whether that be through them pinging search engines with ads for every product imaginable or through traditional marketing tactics. Amazon is a major hub for shoppers – the largest, in fact – and its prominence in this field is cemented by the fact that shoppers can find just about anything they need through the website. Amazon has a plethora of data from its shoppers and knows exactly how to appeal to shoppers, show them relevant and similar products based on their search history, and more.

What exactly does Amazon have planned? One part of its overall long-term strategy revolves around the fact that they do not need search engines to connect shoppers with products. Just about everyone knows of Amazon, and many people are already bypassing Google and other search engines when looking for a product (and instead navigating directly to Amazon to search for it). Amazon has tested and is in the process of testing plenty of new programs and options for shoppers. One prominent example is Amazon Prime, while another that is still being tested is the delivery of items in record time via unmanned aerial devices. If Amazon continues on its trajectory, then the future of shopping may be one that doesn’t include Google.

Dominating social media (though perhaps not to the same extent as Amazon dominates shopping), Facebook is in direct competition with one of Google’s products, Google Plus. Google got started late in the game, but some would say the same about Facebook: it came along after sites such as MySpace, yet still managed to cement itself as a social media god. Perhaps the strongest advantage Facebook has right now is access to the personal information, shopping habits, browsing preferences and overall data that hundreds of millions of people provide them on a daily basis.

Facebook is now moving into the world of off-site advertising, thanks to its Atlas program. This will allow Facebook to use the data it has collected to connect advertisers with shoppers in a highly-refined fashion. They’ll be able to track people as they move about from site to site and from device to device, pinging search engines, sites and blogs with relevant advertising. Google currently has similar capabilities, but a threat to their dominance in paid search advertising is being threatened by the one entity who arguably possesses as much personal data among hundreds of millions of people as they do.