Ways in Which SEO Hasn’t Changed 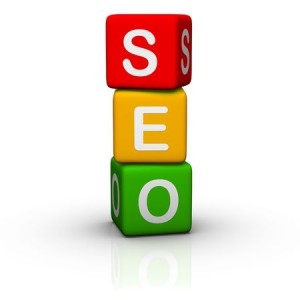 The nature of SEO requires that search engines and bloggers alike have to alter their habits ever so often, due to people exploiting loopholes that allow for gaming of the system. In years past, it was quite easy to manipulate SEO to boost your website to the top of all but the most crowded search engine results, but more competition and increased scrutiny by Google and others has taken care of that for the most part. Still, not all elements of search engine optimization have been changed considerably over the past ten to fifteen years, even if it feels like everything has changed. In the following article, we’ll outline a few common methods and aspects of SEO that remains virtually the same as they did all those years ago.

Since the dawn of the internet, a way to find all of the content on the World Wide Web was needed. The “web” element is very important in understanding this; for a site to be discovered by search engines, it must be linked to at least one other site that ultimately ties into the World Wide Web. Search engine crawlers provide a basic yet thorough function and the act of combing each site on the web for new content remains virtually unchanged from twenty years ago. This means that the content you’re pinging to Google is being picked up in virtually the same way as it was since the internet first opened to the public.

Basic elements that govern how content is displayed to visitors and read by search engines remains essentially unchanged after all these years. The alt tag, for instance, still displays and conveys information just the same as it once did. Meta data in general is still a big element of content creation and will likely remain in its basic form for the foreseeable future. Header tags and further styling of text and images uses the same codes that writers and webmasters of yesteryear used, and various design elements – such as above-the-fold content promotion and multimedia descriptions – remain just as valid as they once were.

The amount of time that it takes to push your content up the search engine ladder still takes time, just like it did all those years ago. In the past, it was easier to improve search engine performance by pinging to Google a variety of technical indicators in your content, but it still took time to see the results. These days, it is harder to promote the content but the time factor still exists and as such, you’ll need to embrace the element of patience that comes with any SEO task. As time goes on, however, this is the most likely element of the three to change; as more competition forces webmasters and marketers to become more creative, it’ll likely lead to a need for more patience.

Search engine crawlers, content structure and patience with organic improvements are three common themes in SEO that have not changed since their inception. You can bet on stability and predictability remaining in these areas for the foreseeable future, so don’t worry about upcoming changes throwing a wrench into your plans to improve search engine rankings in these areas.

Tags:
seo
« Gun to Your Head – Link Building or Content Marketing?
Will Bing Overtake Google in the Future? »
Share

Maximizing Your Content Potential for Voice Searches
Are Pop-ups Harming Your SEO?
Sophisticated Tips for Promoting Content and Building Links