As Google Snatches Two-Thirds of Market Share, What Lies in Its Future? 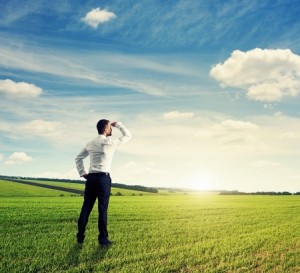 Google dominance in the world of search is nothing new, as it continues to reach out all across the world and render irrelevant search engine after search engine. One of the main driving forces behind Google’s success is its ability to create free add-on services – like Gmail, Google Maps and others – has definitely played  a role in building its clout in the search market. With recent news that Google topped two-thirds of search market share, another major milestone has been reached by the giant. Reflecting on these developments, what may lie in the future for Google and its entities? We’ll discuss some of those possibilities below, to help you better adapt for a changing world of search.

A good part of determining where Google may be headed in the future is to take a look at who else remains in the world of search. There are several competitors so to speak, but none of them currently pose any major risk to the giant in terms of their market shares. Bing is the best-positioned in this regard, holding just a little under 20 percent of search market share as of 2014. This is actually up from 2013, and makes it the only other search engine besides Google that still appears to be growing. Yahoo, Ask & AOL cumulatively make up less than fifteen percent of search market share at this point. As it stands currently, Bing appears to be the only search competitor that has the momentum necessary to challenge Google’s dominance in any measurable way.

When we analyse the “Powered By” results for each search engine (the internal search engines used for various websites to perform on-site or off-site searches), we see a similar picture – but one that is less optimistic for Google. Those who are pinging to Google requests through the powered by feature account for roughly the same percentage (two-thirds) of results as Google’s market share. Bing, on the other hand, jumps to nearly 30 percent in this category. This is most likely the result of webmasters and brands abandoning the use of second-tier search engines like Ask and AOL for internal search assistance. Still, with Bing possessing almost half of the influence as Google does in this regard, this area may be the first place that Google begins to fall if it in fact does happen.

Looking at the Present

For ideas on what the future of Google search will look like, you simply need to inspect some of its more recent changes. With the latest round of Moonshot updates, we saw features such as voice search, conversational search, deep learning and knowledge graphs debuted or improved substantially. As Google continues to grow, its importance in leading the way will only become greater and such responsibilities must be met to guarantee continued dominance. Those who are pinging to Google today via text will soon be doing so via voice and will expect – thanks to large increases in computational power – more data-dense ways of quickly finding information (like the Knowledge Graph) that are relevant.