Why Is Facebook Enabling Autoplay with Sound Against Users’ Wishes? 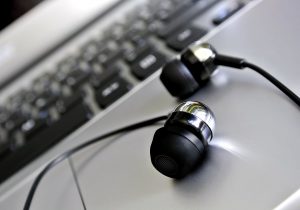 The world’s largest social media giant is constantly unveiling new changes and potential tweaks to its platform, much to the chagrin of the masses who use it. Some features remain after initial beta testing, while others are found to be irrelevant or unpopular. One new change causing a lot of buzz lately is Facebook’s Autoplay feature for videos, which will now apparently not be muted by default. Understandably, many people are furious over this announcement, but Facebook doesn’t seem to be deterred. Why is Facebook enabling this feature despite plenty of (legitimate) criticism. Today, we’ll discuss a few of the reasons influencing their decision – which might be useful in your own social media and marketing strategies.

The Future Is Mobile

A majority of Facebook’s traffic now originates via mobile devices. A significant majority, in fact – which has played a key role in the decision. For most mobile users, it is much easier to hit the mute button on their mobile devices than to enable audio when it is muted by default. Because the nature of who uses Facebook – and how – has changed over the years, the social media network feels comfortable pinging users with unsolicited audio in this method. Some would describe this change as a simple ease of use adjustment: since more people than ever are using mobile devices, their concerns are now being featured more prominently than when the network was mostly a desktop-only environment.

If you’ve ever used Facebook to advertise a product, service or brand, then you have reason to celebrate: audio drastically improves the performance and reception of video ads. It can be all too easy to ignore videos as they appear in our feeds if we’re only dealing with the concept of audio. In some cases, you might scroll past an entire ad without even noticing it. With audio added to the mix, however, it’s going to be much harder for those video ads to be tuned out. Facebook’s advertisers have welcomed these changes, which may prove to be useful for you as well when doing any digital marketing or pinging users with ads via the social media giant.

Keeping Up with the Competition

Another motivation for Facebook’s Autoplay changes comes from pressure to do so by other social media networks. No longer does Facebook have to feel like the odd network out here: its largest competitor, Snapchat, has had autoplay audio for some time now. With Facebook having to appease not only individual users but also the brands who provide the platform with revenue, competition has definitely affected their decision. It also works as a fallback excuse: people who might feel the inclination to boycott or otherwise protest against Facebook will increasingly find fewer and fewer social media outlets who are willing to act differently.

Even though the masses despise it, Facebook has proceeded with this audio change because it improves ad reception, provides better ease of use for many mobile users and because advertisers demand it. How will the changes affect you or your brand personally? Let us know below in the comments what you think.

Tags:
much to the chagrin of the masses who use it.The world's largest social media giant is constantly unveiling new changes and potential tweaks to its platform
« Why an SEO Audit is Important When Launching a Website
Why Higher CTRs Are Important »
Share