Which Social Media Platforms Have the Most (and Least) Valuable Users? 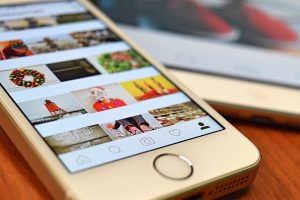 For years, businesses have increasingly been adopting social media as a new – in some cases, their primary – source for customers and traffic. From major global platforms such as Facebook and Twitter to more niche-specific networks, dozens of social networks exist that provide brands with access to specific audiences.

Despite what some may assume, not all social media networks provide brands with the same inherent value. Besides the fact that some networks are better suited for specific niches, there is also the notion of concrete value: some social networks simply have people who are more likely to purchase products and services, spend more money and engage more thoroughly.

To give you some guidance, let’s look at the social media networks where valuable users are most – and least – prevalent.

Long known as a marketer’s paradise, the overall audience of Instagram is inarguably one of the best social media platforms for generating sales and leads. A naturally consumer-dominant audience at heart, Instagram is filled with product promotions, reviews, influencers and other elements – and this is because the Instagram audience is among the most flush with cash.

Pinging links on Instagram produces some of the best ROI of any social media network, though it obviously depends on the niche. For those in fashion, cuisine, jewelry and other related niches, Instagram is by far one of the best places for businesses to promote their offerings.

In terms of gaining visibility, Twitter offers one of the better experiences. Due to the relatively minimal maximum interaction possible on the server, the network’s algorithms are more expansive in terms of reach than on many others. In short, this means that gaining traction with a tweet is much easier than gaining traction with a Facebook post or comparable blurb on another network.

Twitter users tend to be engaged, however, and generating link clicks and shares is quite easy to do via this platform. Both B2B and B2C enterprises love using Twitter because the relative ROI is quite good; requiring less effort than most other social media networks, it still manages to deliver substantially decent results.

For businesses that want to expand their operations, meet new clients, cultivate leads for future employees and otherwise increase sales, LinkedIn is an absolute must. While the primary focus is on B2B relations, the social network increasingly is being used by brands to target individual clients and customers.

Because of the professional nature of the network, brands and businesses that operate with a respectable demeanor can be sure that any leads or clicks generated are far more valuable than a like or share on Facebook.

While it may be quite popular within various internet niches, Reddit is not exactly known for its inherent value in sales or lead generation. This is arguably because the median age of a Reddit user is between 20 and 24. While  the network does allow for granular focusing on specific, niche communities and easy solutions for pinging links to the masses, the amount of revenue businesses tend to generate with targeting users on the network is among the worst of any social media network.

While this list of networks can help provide you with some guidance, each niche and business can be different. Some networks – while not well-suited for great ROI in general – may be better suited for your specific brand. As always, market research, trial and error, and experimentation is necessary in order to produce the best ROI, clickthrough rates and lead generation possible, so don’t be afraid to give any social media network a try.

Tags:
social media
« Why Your Online Store Should Have a Blog
The Biggest Reasons Audiences Follow Brands on Social Media »
Share

Danger! What to Watch Out for on Social Media
Simple Yet Professional Tips for Improving Content Marketing
How to Boost Your Website’s SERPs via Google Plus