You May Be Forgetting About These Three Online Traffic Sources 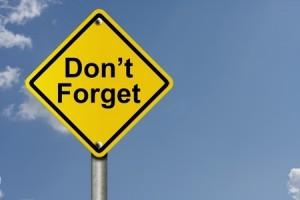 As a new year has arrived, so has the need to consider where and how your site or brand will prosper over the next twelve months. We all are innately familiar (or should be) with the most common sources of traffic – social media, search and organic are just a few examples. Unfortunately for many, several other potential sources of traffic are forgotten in the pursuit of the bigger, more traditional options. As such, a plethora of opportunities go unrealized, but you don’t have to continue to allow this to be the case. Below, we’ll outline three great online traffic sources that are all too easily forgotten, and will explain how you can take advantage of them.

Reddit functions as a combination of several things. Part social media network, part news aggregate, this platform has long been a popular source of information for many who want to learn more about current events, awesome websites and much more. With close to 200 million monthly users, Reddit commands a level of dominance that very few other potential traffic sources possess. As such, it is perfect for the promotion of your own website or business, but only under select conditions. A purely promotional post about your website will be destined to flounder, but a legitimately honest description provided that addresses key benefits and that is targeted to one of the relevant niche communities on the site can go a long way. If you want to be pinging users with relevant content without having to pay an arm and a leg for paid advertising, then Reddit definitely belongs in your traffic source arsenal.

A variety of other content aggregators besides Reddit exist on the internet, with many of them being prime sources of traffic – if you know where to look. The prime reason for a content aggregator’s existence is to pull various forms of content from around the web into one place, and then organize it by category or audience. This is a prime opportunity for your own website acquiring new traffic, as being picked up by one or more of these websites can help you connect with audiences that have specific desires for your content. It is usually rather simple to be featured on a content aggregation site, and often only requires that you submit a request to be featured (some may require you only to submit once, while others may require an individual submission for each piece of content to be featured).

While long gone is the age in which commenting on a few blogs with a link and practically nothing else would help you ascend the ranks of search, you can still derive a healthy amount of new traffic through thoughtful blog commenting. Study after study has shown that the more thought you put into a blog comment or reply, the more traffic you will derive from it – assuming you include a link, of course. By commenting on blog posts as soon as they’ve been published (via the use of RSS feeds to quickly capitalize upon the opportunity), you’ll be able to extract as much traffic as possible from each interaction by pinging users with both a link and valuable information.