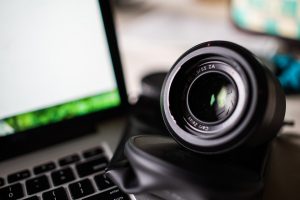 With the advent of online video services like Facebook Live and Periscope, it’s never been easier to stream your own live broadcast to the world in real-time. Interestingly, several studies have proven that live video can effectively generate a significant amount of views in a short period of time. Whether it’s the intrigue of a live, unscripted broadcast, or the fact that viewers get to feel like they’re part of an event unfolding before their eyes, there’s definitely a special appeal to live video that pre-recorded footage simply doesn’t have. With that said, here are several ways brands are using live video to attract attention on social media:

Preparing Friends and Followers for the Broadcast

Spontaneously launching a live broadcast without any warning isn’t exactly the best way to ensure you’ll be entertaining a large enough audience to make the effort worthwhile. In the days leading up to the broadcast, you should be promoting the exact date and time of the event so that interested viewers will know when to tune in. Many marketers believe this preliminary stage to be the most important, and this is where having a strong following and extensive network will pay off.

Tagging Loyal Fans and Networking with People Who Have Sharing Power

Using Headlines and Backgrounds to Captivate

Unless the viewer has their videos set to auto-play, chances are they’re going to see the speaker’s face and the background of the video before clicking play. On the live stream, obviously, having an interesting background and/or speaker will certainly help to increase clicks that happen out of sheer curiosity., but perhaps more important is the use of an eye-grabbing headline. Consider using controversy, trending topics, suspense, and any other tactic that will result in the development of an irresistibly clickable headline. Effective headline creation is a science and an area of expertise that every self-professed marketer should research further.

Planning a Script and Involving Viewers and Guests

Preparing a general script outline will help you get through the broadcast without stumbling over your own words. If you plan on being on the air for more than a few minutes, you should at least spend a little while reviewing how you’re going to approach the topic or advertisement. At the same time, try to avoid reading from a teleprompter or sticking to an exact script, as that approach will only serve to make the show boring and robotic.

You can promote viewer engagement and interaction by inviting people to ask questions in the comment section below the video and then answering them immediately within the live broadcast. You might also want to have other social media personalities appear as guests on your live streams in order to double your audience through a mutually beneficial joint venture that won’t take much additional effort on your behalf.