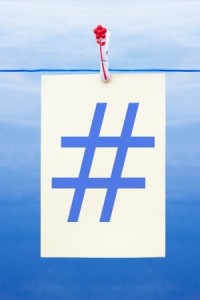 The moment Facebook appeared to jump on the hashtag bandwagon, people in the industry immediately started to wonder what the potential might be for marketing. Facebook kept their cards remarkably close to their chest initially, with the official line being that there would be no hashtag related advertising available at launch. However, after only a short while living with hashtags on Facebook, a few things have jumped out at people in the SEO world. Reports state that 61 of the UK’s top 100 brands have dabbled with hashtags already. This shows us that people want to use them, and that here is a huge amount of potential, but this will only come with the education of the masses.

Should Hashtags be Public?

There are problems though. From a marketer’s point of view, it’s difficult to know whether or not we can come out and ask consumers to make their hashtags public. It’s only thought that around 28% of Facebook users make their status updates visible for the world to see, so it’s questionable whether or not any more people would be happy for everyone to see what they were hashtagging. Don’t forget that the default position of Facebook is private, while Twitter is public. For a hashtag to really get going, it needs to be publicly viewed, which is probably going to rely on marketers having to actually ask people to make their statuses public, which is a bit of a big ask.

Facebook itself will be hoping that people do opt to make their updates public, because this will bring with it the opportunity for Facebook to produce a list of trending topics. This will of course give users access to trending real time comments and subjects, which of course can be monetised. Unfortunately, Facebook catalogues hashtags a little differently from Twitter. On Twitter, any tweet with a hashtag will crop up in a search result, whereas with Facebook, the hashtag has to be included in the update, rather than in a following comment. This makes things a little tricky, but does not by any means mean that potential isn’t there.

Of course, public hashtags aren’t the only use of Facebook hashtags. There is a vein of thought that suggests that hashtags are a great way of companies monitoring engagement between their brand and their consumers. The belief is that if an individual takes the time to use a hashtag in relation to a brand they have been pinging links to they are taking the time to connect, and it goes beyond the traditional ‘Like’ which is diminishing in its importance on Facebook.

At the moment, it still feels as if Facebook is lagging behind in the real conversation, which is taking place on Twitter. At the moment, hashtags mean more and give more on the Twitter platform, with hashtags on Facebook still feeling like a bit of an afterthought. However, with the sheer number of people on Facebook, there is a real chance that hashtags could grow and grow to become a large part of Facebook and an important marketing tool.

Tags:
facebookHashtagsmarketing
« Where Should SEO Sit Within a Business
The Top Internet Browsers »
Share