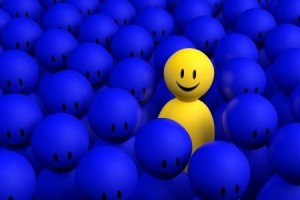 Since its inception, Facebook has been in a constant state of flux with respect to its optimization and addition of features that serve a valuable purpose. Over the course of its decade of existence, we have seen plenty of new features – timelines, knowledge graphs, and fan pages, just to name a few – be added with rave reviews, while original and older features – like the “poke” – fade into relative irrelevance. Recently, Facebook made public its intention of adding several new features to the social media experience, many of which will provide benefit to and pique interest in e-commerce brands and marketers. Below, we’ll give you the low-down on these upcoming features.

Facebook Messenger has been around for ages, but encountered some controversy when the social media giant forced users to adopt its usage. While this was certainly unintended, we don’t expect that Facebook will encounter similar complaints when unveiling its Messenger service for business integration, coming soon. This feature will allow users to integrate the Messenger app into their sites’ checkout experiences, giving potential customers the ability to ask last-minute questions about products before they purchase them. In many cases, customers have to come back to the site several times and inspect their carts before following through with the purchase. The Facebook Messenger for Business app could streamline this process and result in more conversions for businesses that use it.

Countless individuals find themselves pinging YouTube videos to Facebook and their websites on a daily basis, but you may soon find yourself pinging Facebook videos to your website. The company has announced that it has plans to release embedded video options for its users. This means that any video that is posted to the network and is public – on timelines, on profiles and on fan pages – will be shareable with the masses from your own website. This will also decouple the requirement of having to be logged into Facebook to view various videos, putting the social media giant in direct competition with YouTube for online media dominance.

While this particular feature may be a bit further off, Facebook has plans to introduce virtual reality video options to its users in the future. These are referred to as “spherical videos”, which comprise 360-degree video clips that are shot with up to twenty-four high resolution video cameras. With a standard being adopted for the technology, not all brands would immediately have access to promoting their products, services and messages through this feature, but it is an intriguing one nonetheless. Facebook will be likely to promote this type of media quite substantially once offered, if we are to assume that their decision to acquire the new, hot commodity of Oculus Rift was a planned and strategic endeavour. Pinging YouTube videos may be the present, but sharing virtual reality videos could very well be the future. Only time will tell, but we expect that this development going mainstream will be at least a few years from now.

Tags:
facebooksocial media
« Which Content Marketing Metrics Are Most Important to Track?
Why Your Brand Shouldn’t Avoid Social Media »
Share