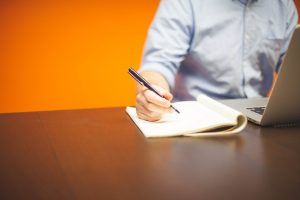 The world of content is an ever-growing arena, filled with both supply and demand. Many freelance writers work hard to find reliable clients who can provide a steady supply of work, but many also face the reality of taking one-time jobs to make ends meet. A freelance writer will be asked to write about virtually everything given enough time and opportunities, which can make for some pretty interesting research and commentary. Sometimes, however, a writer may come across a job that is in conflict with his or her core beliefs. When is it OK to pass on a paid freelance writing job? Continue reading to learn about some examples.

When It Conflicts with Your Worldview

We all have principles. Most people are not willing to compromise their principles for anything (that’s why they’re called principles), but every freelancer writer will be faced with a situation sooner or later where they are asked to write about something that is fundamentally against their beliefs. This could relate to religion or it could relate to politics. It could relate to something entirely different. The world of content demands solutions for virtually every subject, so it is unlikely that you will never come across a situation where you’re being asked to start pinging search engines from a perspective that is not your own. The good news is that there isn’t a huge amount of freelance demand for political or religious content, so most of these concerns will be rarely experienced.

When It Impacts Your Conscience

Freelancer writers get asked to write almost everything, but not all requests can be obliged. Some people will feel immoral if they are asked to write about a subject where they have no prior knowledge or experience. For instance, the need for a series of product reviews when the writer has never seen or used the product. While there are grey areas in terms of absolving guilt in many of these areas, it can truly weigh on some writers to know that they’ve contributed to disinformation on the internet in exchange for money. Many freelance writers build their own personal websites with a list of particular topics they will not cover, but if you’re working for clients on a more informal basis, then simply make a polite request to not be considered for this particular type of work. Chances are that they’ll have plenty of other potential jobs for you on other topics.

When It’s Too Complex

Most freelance writers don’t necessarily have specific areas of expertise. Being asked to write about anything and everything has its advantages, but it can also have disadvantages. Sometimes, a job will come along that is simply too complex for you to understand or do effectively. Rather than waste time and end up in dispute over payment, simply confide to the client that you do not believe you’re the right person for this job. This can apply not only in situations where the subject material may be too complex, but in instances where the specific demands of the job seem unreasonable. There is nothing wrong with turning down a job that is too complex for your tastes, whether that’s because of the subject or because of the job’s demands.

With millions of brands and millions of freelance writers pinging search engines all over the world with content, it’s no wonder that these occasional conflicts arise. It’s OK to say no to a job that doesn’t feel right to you. Have you ever had a situation where you had to turn down a job?

Tags:
FreelanceWriting
« Help! People Are Snubbing My Content!
The Holidays Are Coming – Is Your Social Media Ready for It? »
Share