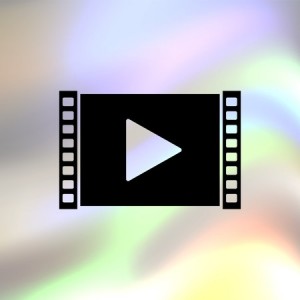 In the age of social media, content availability is vast. This means that each piece of content is likely to generate less overall value when placed into the whirlwind of shared, liked and posted content floating across sites such as Facebook and Twitter. Great content, of course, still excels at reaching large numbers of people, but what constitutes great content is in flux. In the news feeds of Facebook, it becomes all too easy for users to quickly scroll past a generic post or article: multimedia helps brands stick out. Video in particular is one very valuable component of a content marketer’s arsenal. Below, we’ll discuss whether brands are better off posting videos to Facebook directly, or whether they should share them via YouTube.

Perhaps the most common measurement of success on Facebook, the “Like” tells brands and users alike how popular a given contribution is among an audience. It would seem that two identical videos – one uploaded to Facebook and shared versus one uploaded to YouTube and then shared to Facebook – would receive the same number of likes. This, however, is not true. In a comprehensive study of brands and video engagement, it was discovered that native Facebook videos generate more than twice the number of likes as YouTube-shared videos. Pinging servers on Facebook with videos – if likes are the goal – should be done via native uploads, according to these findings. There may be an underlying reason for that, which leads us to…

Facebook, like Google and other social media networks and search engines, has a proprietary algorithm system that determines who sees which posts, from whom and when. Much like Google certainly favours YouTube videos over the competitors in search, Facebook tends to favour its own uploaded videos over those uploaded to YouTube. The same study showed that a near identical difference in the overall reach between the two types of videos as there were likes in between them – roughly double the reach for Facebook native videos.  With such a stark difference, it seems to make sense to take the extra few minutes to upload a copy of each shared video to Facebook directly, as opposed to simply sharing from YouTube.

Likes and reach are important elements of promoting videos on Facebook, but what about actual commentary on each video? Conversations are a key element of video promotion, as they help friends and friends of friends see the video as well. In regards to the same comparisons done above, it isn’t even close. The study showed that a Facebook-native video is likely to generate seven times as many comments as a YouTube video. The reasons behind this huge discrepancy are unclear, but one reason may be that YouTube videos allow users to be pinging servers with comments both on the Facebook post itself and the YouTube comments section for the video.

Whether it pertains to video reach, number of likes or number of comments, Facebook-native videos blow YouTube-shared videos on Facebook out of the water in every category. Because of this, we recommend that any videos shared on the social media network be uploaded directly to it for maximum effect.

Tags:
facebookvideo marketingyoutube
« Increase Your CTRs With These Simple Modifications
Keep an Eye on These Important but Oft-Overlooked Content Marketing Metrics »
Share