Three Apps That Will Enhance the Google Glass Experience 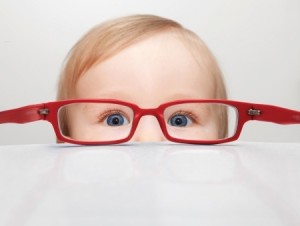 Much buzz has been floating about in anticipation of Google Glass’ release, which has no concrete release date as of yet but is believed to be coming sometime in 2013. While millions wait to get their hands on a pair, there are only a select few who were able to obtain a pair in the initial release – which cost $1500 per unit and were available in very limited quantities. Regardless, the future of Google Glass is not too far off and it remains to be seen what all in terms of applications and functionality will be presented and developed for the platform. Below, we will discuss three applications that are already in development and are sure to be ready for Google Glass’ release sometime this fall.

Already immensely popular on both Android and Apple platforms, the Evernote app is a great way to take notes, sync up reports and data, and communicate with fellow users across platforms and continents. One of the best things about Google Glass’ functionality is the fact that many applications will have transcendent properties – that is, they will still be usable and functional in a Google Glass format. The Evernote app for Google Glass will allow users to fetch and pull up lists for review and create new lists using voice commands. Whether you want to be pinging lists of groceries while at the supermarket or creating a new list of items you wish to evaluate in the future, the Evernote application for Google Glass already looks very promising.

Window-shopping is a common pastime for many who cannot otherwise afford to hit up the big retail outlets. What if there was a way to put that window shopping to good use and find similar products for far less? This is where The Fancy app may be a godsend when coupled with Google Glass. Designed as a way to compare similar products, The Fancy will give Google Glass wearers the option of capturing select items with the camera and then doing an internet search to fetch products that are similar based on style, colour and functionality. This intuitive system of recognizing items based on function and purpose will be quite the breakthrough for modern tech, and we hope to see many more applications taking advantage of Google Glass’ visual prowess as it débuts in the near future.

One of the biggest names in online investments has now decided to get into the Google Glass game with its compatible application. The first goal of the application in question is a relatively simple one – it will allow Glass wearers to fetch quotes from major stock indices after-hours. Over time, however, the developers seek to expand this versatility so that it can provide all of the same functionality as the traditional application, such as pinging lists of quotes and executing orders. In the meantime, Fidelity plans to use the coming months in order to develop its app and ensure basic functions are available for whenever Glass finally débuts.

How to Revive Quality (but Aging) Content
Send Your Content Into the Stratosphere with These Tips
Are You Using the Pingler HTML Encrypter?