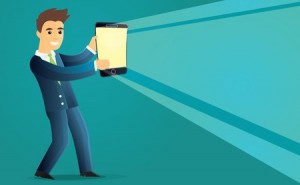 We are all familiar with the classic phrase “fifteen minutes of fame”, but many wonder how this applies to their social media outreach efforts. While viral content can take on a life of its own, making its way through thousands of shares and status updates, most Facebook posts receive very little attention by comparison. Until recently, it was difficult to discern these statistics. Facebook, however, recently released some analytics and research on the matter to help users and page administrators further understand the dynamics of an average post. Below, we will shine the light on these variables in order to help you determine the best posting strategies given these circumstances.

The key goal of any Facebook status update or post is to receive engagement from followers and friends, but how long can you expect any given post to be capable of enticing engagement? While each post gets more than fifteen minutes in the limelight, you cannot expect it to be pinging servers and Facebook status feeds for too long. Three-quarters of all engagements surveyed on the social media giant occurred within the first five hours after the content was posted – with much of this occurring within the first couple of hours. This means that even a great status update may need to be posted again at a later time if proper engagement is not noticed within the first few hours.

In terms of who sees your status updates and posts, Facebook is no less forgiving in this category than it is when it comes to engagement. While certain changes to its algorithms have been made recently and are in the works for the future, the reality is that you can expect nearly 80% of all impressions for any post to be made within less than three hours of the post being published. This means that for the most part, your status updates will be relegated far down in status feeds after a very short period of time. This makes it even more necessary for page administrators to consider the times and dates at which their posts are published.

Even more depressing than the two aforementioned metrics is the concept of reach and how much you can expect in a given period of time. In just a little over an hour and a half, the average Facebook post will have achieved approximately 75% of its maximum reach, meaning that a post published in the wee hours of the morning will be far less likely to reach a large audience than one published during lunch or on a weekend afternoon. While adjustments in algorithms have improved this over past observations, the fact remains that pinging servers at the optimal time remains just as important as ever.

Any Facebook post or status update is subject to a relatively short life-span without the aid of viral outreach or marketing efforts. You can expect that the average Facebook post will exhaust its reach, ability to make impressions and the ability to engage readers within just a few hours, so it is important to have a revolving door of content available and to ensure that your posts are going out at the best times possible.