How to Deal with the Dynamic of Clickbait 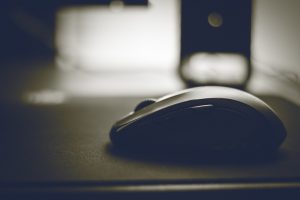 Brands and businesses from all walks of life will do whatever is necessary to attract new visitors and customers. The internet has made it possible for these brands to reach people from all over the world, but their ability to reach people depends on the strength of their marketing and SEO efforts. Inevitably, increasing the number of clicks, shares and overall engagements on each piece of content becomes a top priority for any blog or website. Many people are now familiar with the concept of clickbait, but there is much controversy surrounding it. This leaves some people asking how they should deal with clickbait from a practical and moral standpoint. We’ll shed some light on the subject below in the hopes of helping you make a decision.

The Basics of Clickbait

Clickbait, in short, is content that is designed to immediately entice the reader to learn more. Most commonly, clickbait is found in the form of an article or post title; the first thing that is read is designed to leave the reader hanging. The resulting curiosity then forces the reader to click on the post in order to learn more. The notion of clickbait has been around in various mediums for a long time, but its recent move into the online world has both helped brands and infuriated readers. The word “clickbait” has become quite universally recognized for what it is, and is usually used in a pejorative fashion. With that being said, the use of clickbait isn’t being promoted because it isn’t effective. If you’re pinging to Google various types of content, then you probably are concerned with how it works and what benefits it can provide.

Benefits and Drawbacks of Clickbait

The most obvious benefit of clickbait headlines and content is that it can be easier to convince a larger number of people to actually click on your links. Something that asks an intriguing question or makes a profound statement – all while leaving some context unexplained – will inevitably ensure more people take a look at your content. However, websites that are built around the concept of clickbait can lose their followings if the discrepancy between the headline and the actual content is too vast. After a while, people will begin to realize that your headlines are misleading and that the content is not worth reading. As such, the use of clickbait should be carefully considered and only used to intrigue people on factual and related subjects.

The Morality of Clickbait

In essence, clickbait is often used to slightly mislead the reader into thinking that the content is more important or interesting than it actually is. Some people express a moral objection to doing this; they’d prefer that they provide readers with straightforward assessments in both their headlines and content bodies. Other businesses and brands may have no objections to pinging to Google a variety of misleading headlines. At the end of the day, there are many other ways to increase engagement with your posts and pages that do not rely on clickbait, but it is indisputable that clickbait does in fact produce better results via social media and other mediums.

Do you have a moral objection to clickbait? Will you use it to increase engagement even though many people dislike it? Tell us your thoughts about clickbait below in the comments!

Tags:
Clickbait
« Are Some Social Media Platforms Better for SEO?
Why Blogging As a Business Is Worth the Effort »
Share