What Brexit Data from Google Tells Us About Consumers 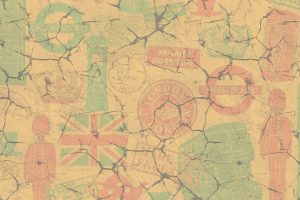 Recently, the United Kingdom voted on a referendum that pertained to its status within the European Union. By a narrow margin – 52-48 – the UK voted to leave the EU. The long-term implications of this decision remain unclear, as does the notion of whether the UK will in fact follow through with the decision. Google collects data from all over the world and about every search, and the data collected in regard to Brexit is actually quite interesting from a business standpoint. Below, we’ll discuss a few interesting Brexit-related observations that also apply to consumer behaviour.

People Make Decisions Without All of the Information

The morning after the Brexit vote, many news outlets from around the world reported that British voters were pinging search engines with questions like “What is the EU?” and “What are the effects of Brexit?” in record numbers – far larger than at any point during the campaign. Repeated stories were broadcast that suggested there was a fairly large contingent of Leave voters who did not fully understand the dynamics of the vote and were dismayed after learning about the implications. This is a lesson that applies significantly in the world of consumer behaviour: most people make purchasing decisions without all of the facts. A combination of good marketing and impulsive behaviour guides many shoppers’ ultimate decisions.

People Want to Shop Around

In the age of e-commerce abundance, many shoppers insist on finding exactly the right product or service. Because of this, even the smallest discrepancies between what is offered and what is wanted can lead to losses in sales. In the days following Brexit, many Britons – dismayed at the overall result – began doing a bit of their own shopping…by looking for other countries in which to live. The phrases and searches related to moving to other countries from Britain spiked more than ten fold the day after the vote and remained substantially elevated for the following week. This is a relatively common phenomenon in the world of politics: when one side loses, there are always threats of moving to another country. In the world of e-commerce, however, these threats can be legitimate.

While most people who make a purchase ultimately end up being satisfied with it, there are inevitably some who will reconsider and want a return. Businesses that have no-hassle return policies may have to process more return requests, but they also tend to generate more business in the first place. In the Brexit situation, there was a small but vocal contingent of voters who expressed immediate regret over their decision. Some voted to leave based on it being a mere protest vote – thinking it wouldn’t count – and others simply had a change of heart after hearing about the true nature of what would unfold. At any rate, this is very much comparable to consumer behaviour, as many shoppers will express irrational reasons for both buying and returning any purchase.

With so many people pinging search engines with Brexit-related queries, a wealth of data that could be useful in a variety of areas is being collected. Shoppers are human, after all, and will make a variety of decisions that may or may not be the most informed or straightforward. Has your business dealt with customers who exhibited one or more of these characteristics? Let us know below about the ordeal.

The Mobile Shopper: a Snapshot
Tag Management – What Is It and Are You Doing It?
Black Friday 2014 Sale – 25% OFF!