Why You Should Exclusively Use Facebook Comments on Your Site 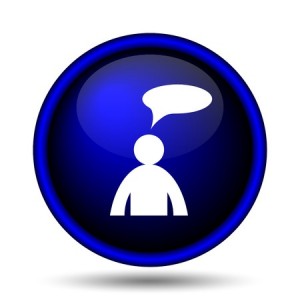 We have seen the transition on many websites: where standalone accounts were once used, shifts to Facebook login for comments have occurred in recent months. One of the most controversial was the Huffington Post, where thousands of users refused to continue commenting or reading after using the awards-based commenting system for years. All protesting aside, the value that the transition to Facebook-enabled comments can bring is huge – if you make it the exclusive way in which to comment. We’ll discuss in the following article why you should be pinging your website’s viewers with a Facebook login prompt in lieu of a proprietary alternative.

When it comes to social media logins and how they are used with websites and blogs, Facebook ranks #1 (obviously), with over half of all of these logins deriving through the social media network. It is much easier in this atmosphere to convince someone to login via Facebook to make a comment or share a story than it is through another social login, namely because so many websites already use it and people are not afraid to do so. The familiarity and convenience factor that enabling Facebook comments provides to users and the webmaster alike is unparalleled; you still have control over moderation, while users can quickly voice their opinion.

Many people are apprehensive to create a special account for commenting on a blog or website, and for a number of reasons. Some simply do not like sharing their personal information (like their email addresses) with others. In other cases, people won’t want to take the time to do so – you’d be amazed at how many potential comments and likes you’re missing by requiring a standalone account be created in order to comment. People can quickly and easily login with their existing credentials to comment and share, eliminating many of the traditional excuses people express when asked about why they don’t comment on a particular story.

When someone comments on your website or blog using a traditional login, the activity stops there. The people who read the content (and the comments) will see it, but little effect is generated outside of that. With a Facebook login, you’ll suddenly be pinging your website to countless individuals who are on the friends lists of those who comment. We’ve all seen it at some point or another in our activity feed: “Person A commented on a link from Website B”. These social signals are vital in expanding your website’s traffic and your social media presence alike. It simply doesn’t make sense from this perspective to continue using traditional comment/user accounts.

Facebook comments are a great way to bring your discussions into the 21st century. They are an excellent way to drive sharing and discussion on the platform itself, and the same effect can be achieved by making Facebook logins/comments the sole way in which to engage on your website. Virtually everyone has a Facebook account; the ripple effect it’ll generate, the ease of use and its dominance in the social media market all make it a relative no-brainer.

Tags:
Commentsfacebook
« How Vidsy Can Boost Your Marketing Potential
Avoid Burning Out on Content Creation with These Straightforward Tips »
Share