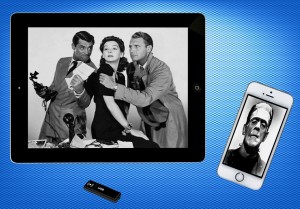 Content creation specialists struggle to stay in tune with the latest demands from an ever-growing audience of consumers, fans and subscribers. With so many different types of multimedia and content mediums available on the internet, finding the perfect balance between each choice – while ensuring that the specific content demands of a given audience are fulfilled – can be a real challenge. Once relegated to desktops alone, video has grown massively in recent years as an expected form of content. This has been fuelled almost entirely by the proliferation of mobile devices and high-speed wireless connections that allow for instant streaming and viewing. Below, we’ll discuss how mobile has completely revolutionized the way that content creators must look at video in their strategies.

Half of Video = Consumed Through Mobile

The rate at which video is being enjoyed on the internet has exploded in the past few years, thanks entirely to mobile devices. In 2015, nearly half of all video views were played through mobile devices. At the same time, video consumption rates have skyrocketed; over the same year, there was a more than thirty percent increase in the amount of video content enjoyed by the masses. Many younger people in particular are behind the foundations of this trend, enjoying video via a variety of mobile devices. This generation is not tied down to the more traditional devices – such as desktops and televisions – that older generations use to access multimedia on the internet.

The increase in quality of both mobile devices and wireless internet connections is fuelling another trend in the world of online video: longer content. The percentage of videos that are more than 10 minutes in length watched by users continues to increase with each passing year; as devices become larger and capable of producing better viewing experiences, more people are pinging servers from mobile devices to watch content on Netflix, YouTube and a variety of other sites. Additionally, the percentage of videos watched on tablets that range from 10 minutes to a half hour continue to become a larger share of overall video consumption. All of this clearly points toward a trend of longer videos being demanded by mobile users.

Mobile devices have traditionally been considered too small for a decent video experience, but recent trends in tablet, smartphone and laptop screen sizes have helped fuel an increase in mobile video demand. With tablets that feature 10 and 11-inch screens and smartphones screens that measure 5 to 6 inches in diagonal length, users can now enjoy all of their favourite shows, videos and other forms of programming from anywhere in the world. As the size of screens continues to grow, so will the demand for longer forms of content across all niches. It is essential that brands begin pinging servers with quality video content if they are not currently doing so, as vital components of any audience are increasingly expecting such content.

With bigger screen sizes, increased attention spans and a preference for mobile among younger audiences, it comes as no surprise that mobile devices are changing the way brands look at video.

Tags:
MobileVideo
« Three Key Elements for Expanding Your Marketing Effectiveness
Want to Get Your Name Out There? Check Out These Business Listing Sites »
Share