3 Online Marketing Approaches That Will Die Out in 2016 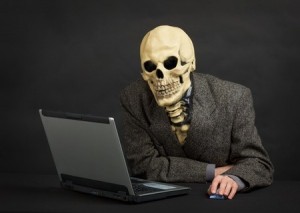 It seems like every single year the online marketing world changes. Google actively goes out to make it almost impossible to rank your website and states that those who build links naturally have nothing to be afraid of. Sites like Facebook change their rules and only allow 20% text in advertisements or stop you using a profile for business and then stop page posts from being seen by as many people until you pay them to “boost it up”, and others are getting in on the marketing game only to lose footing quickly.

So let’s take a look at 2016 and see what is most likely to change in the online marketing world and how it will affect you as a business owner and marketer.

As mentioned above, algorithm changes like Panda, Penguin and Hummingbird have affected thousands of websites over the years, and Google seems to keep on trying to tighten the ropes so that it makes it even harder for your website to rank. More recently, Google has relied on “social signals”, which is great for a lot of businesses, but not for all.  It’s likely that forced SEO will continue to decline and eventually die out in 2016.

This has already started to change and the giants like Tesco, Nike, etc. are all trying to be as social as possible when it comes to their Twitter and Facebook posts and actually engage their audiences. Yet there are still lots of businesses (especially smaller businesses) who treat Facebook, Twitter and the other social platforms like mass billboards for their products and services.

Ok, these sites can help you to make money, but you need to get creative. If you post something that will get shared, re-tweeted or pinned, even more people will see it and that could lead to even more business. The users of social media websites aren’t interested in purely promotional posts, and doing this on a regular basis could lead to them deciding not to follow you.  This is one of the worst things to happen to a social media marketer, and that’s why it’s likely that promotional only social media will die out in 2016.

Ignoring negativity, bad reviews, and whatever else can have a HUGE detrimental effect on your business.  Most customers are tech savvy, and some are probably members of local groups. If they are disgruntled for any reason, they will go out there and play bad wolf with your brand, business or even you personally.

Although in a lot of cases this actually may be illegal and they could potentially be sued as a result of posting negativity publicly when it’s not written correctly, contains personal attacks or is bending the truth like in most cases, the real issue is the cost of going after them and the fact that the damage is caused the moment they post it.

So make sure you manage your marketing campaigns effectively, stay professional and try to deal with the negativity before it spirals out of control.

Tags:
Online Marketing
« Why More Businesses Are Using Pinterest for Marketing
4 Smart Ways to Get More Traffic to Your E-Commerce Site During the Christmas Rush »
Share