Why Snapchat Can Be a Godsend for Brands 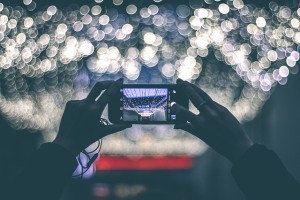 Not only has social media become practically required of brands in the modern era, but the need to find social media platforms that cater specifically to select audiences and niches is paramount as well. Each social media network has inherent advantages and disadvantages. Some provide a “quantity over quality” approach when it comes to being able to engage with the maximum number of people. Others have smaller but more relevant audiences that are more likely to respond to the types of content you produce. One social media network in particular – Snapchat – has shown particular promise for brands wishing to make impressions with younger individuals. Below, we’ll talk about how Snapchat can be an excellent utility for those brands.

Snapchat is a social network that has a unique characteristic that sets it apart from many others: it’s entirely app-based. The mobile application is used to capture moments in time via camera and allow the content to be shared – with clever annotations and drawings – with a wider audience or one-on-one. The mobile-exclusive nature of Snapchat means that brands who wish to connect with local audiences or particularly tech-savvy crowds will find it incredibly easy to begin pinging servers with relevant information in the form of photos. Considering its simple premise yet completely customizable content strategy, many brands that wish to be visual – rather than verbal – will enjoy its relatively straightforward mobile presence.

Focuses on Youth and Females

While each social media network attracts a different audience, Snapchat’s ability to tune in to the interests of younger people makes it a prime target for very creative and entrepreneurial brands that wish to capitalize upon this demographic. Roughly two-thirds of the active user base on Snapchat is female, which means it is a very important social media network for many brands that cater to this gender. In addition, the bulk of the audience is between the ages of 13 and 25 years of age, which also is a prime demographic for consumer influence. As such, Snapchat possesses great potential for those brands who wish to influence the shopping and engagement habits of the youngest among us.

It’s impossible to avoid having a presence on a rapidly-growing social network – at least if you want to be responsible about brand management. Snapchat started out as a fluke, generating only a few million picture shares back in 2012. As of today, the network produces hundreds of millions of shares each day, making it one of the – if not the – most popular photo sharing services in existence. In the United States along, there are roughly 25 million people currently using the Snapchat app. On the most popular mobile device in existence, the iPhone – roughly 1 in 5 phone owners currently have an active account on the app. While pinging servers with photos on Facebook and Instagram alike is a good idea in their own ways, the benefits that Snapchat offers with respect to potential growth in the future makes getting started today a brilliant idea.

Will Social Media Marketing Change in 2017?
Marketing Buzzwords You Probably Hear Way Too Much
Plan For Holiday Marketing Effectively with These Tips