A Quick Crash Course on Creating Content for Influencers 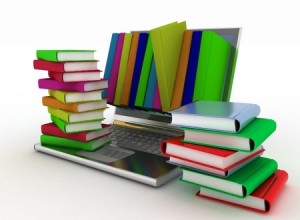 In order to truly stand out from the rest of the pack, content creation quality and process both have to be finely tuned. On any given day in the world of an average 21st century person, he or she is bombarded with so much information that the result is the vast majority must be blocked out in order to avoid stress. Because of this, very little of what we see and hear on a daily basis is retained: only that which demonstrates the most interest and importance will be remembered. When reaching out to influencers with potential content – whether through a direct ask or via social media promotion – it’s important that the content be epic. Below, we’ll talk about a few simple steps for producing quality content aimed at influencers.

Before you can create custom content for influencers, you must first understand which influencers are to be lobbied. By pinging search engines for the particular keywords you’re interested in targeting with said content, you’ll figure out which sources are the most influential in this niche. It is from this that you can then determine which people in particular have the most clout for the content you wish to create. From here, the process becomes much easier and the likelihood of generating content that is shared by influencers increases greatly when promoting it via social media or other sources. Just remember that each influencer has a different style, interest and approach – even within the same niche – so do a little additional research on them before proceeding.

It is at this point that actual content creation begins. Now that you know more about the influencers who are being targeted, you can incorporate elements of their own work, their styles and more into the content itself. Remember that influencers understand usually how they are being targeted in this regard, so the content itself must be more than mere lip service. Influencers tend to share content that opts for more media-rich elements, such as infographics, podcasts and videos. While this is not always the case, having the energy to invest in a well-crafted piece of content may make the difference. Remember: content shared by influencers on average generates a third more shares – and often many more views – than content that is not shared by influencers.

With the content now created and their contributions mentioned, it now becomes necessary to publish and share in the right way. Whether you use email, tweets or some other variant of social media to get the word out, be sure to thank the individual for the contribution they made that helped you to produce the content (and of course, be sure to share a link to the content with them). While well-crafted content will inevitably begin pinging search engines and generating traffic, it is this short-term boost of energy from influencers that can make or break the long-term success or failure of the content you have just created.