Why Fashion and Retail Brands Are Using Snapchat in Their Marketing 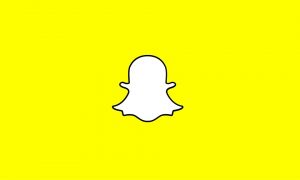 Despite its huge popularity with the teenage generation, Snapchat is becoming a useful marketing tool to many different fashion and retail brands. With more and more people of all ages jumping on the Snapchat bandwagon, the app is now used by more than 100 million people each day with more than a third of Americans aged 18 to 34 sending at least one ‘Snap’ on a monthly basis. According to Comscore, Snapchat has a higher engagement rate than popular photo-sharing platform Instagram, making it one of the best social networking platforms out there when it comes to marketing photos and videos of products.

Fashion and retail brands who are hoping to increase their younger customer base or sell products aimed at the younger generation can benefit hugely from using Snapchat as a marketing tool. With millions of teenagers and young adults checking the app on a daily basis and often multiple times per day, what better way to put your products forward in front of a huge audience than using this incredibly popular app. Brands such as ASOS, H&M, Sephora and Everlane have well and truly embraced the Snapchat platform, posting ‘stories’ that are seen by millions at regular intervals during the week. The quick-view, photo and video sharing options on the app make it the perfect choice for fashion marketing.

Even some of the high-end fashion brands such as Marc Jacobs, Gucci, Burberry and Dior are getting in on the Snapchat action, although admittedly they do not post as many updates as some of the popular high street fashion names such as H&M. Instead, these brands tend to limit their Snapchat updates to just a few key events per year such as famous fashion shows. However, this in itself is great marketing, exposing the latest fashion designs being promoted at the show to millions of users at a time.

Benefits of Snapchat for Marketing

Although it is still early days for Snapchat as a platform for fashion and retail advertising, there are already plenty of benefits to using the app which many retailers are discovering. One of these is the fact that it is a smartphone-only platform – with more and more people ditching PC computers and laptops for smartphones as newer models include increasing numbers of new features, using Snapchat as a marketing tool gives off a great impression of a business which is looking to appear modern and understanding of the customer’s needs. Along with that, many potential customers could be likely to pay more attention if a brand posts marketing materials on Snapchat as opposed to other marketing platforms such as Facebook and Twitter. Whilst it’s easy to simply scroll past on other social sharing sites, Snapchat operates in such a way that a user has to watch something in their story after clicking on it, although new updates now allow users to close the story a few seconds in.

Snapchat isn’t just an app that teens use for sexting anymore – it’s a powerful marketing tool that could seriously benefit your business.

Tags:
FashionmarketingRetailSnapchat
« Does Your Website Have These SEO Quality Attributes?
Why B2B Marketers Are Wasting 19% of Advertising Budgets »
Share

What Are the Target Metrics for Highly Visible GMB Profiles?
Why Digital Marketing Is Crucial for New and Small Brands
Three Straightforward Solutions for Significantly Increasing Brand Visibility