What You Should Know About the Facebook Data Leak 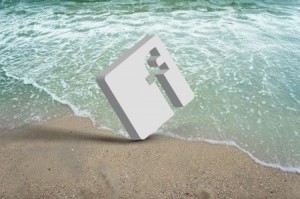 Recent reports have revealed that a massive leak of information by Facebook could have had far-reaching consequences for the United States – and potentially abroad. Every single  day, Facebook and other social media sites collect copious amounts of information about their users, authorizing the use of that information both internally and externally.

The sheer size and scope of the data leak that occurred via Cambridge Analytics has been making headlines, and even has resulted in multiple responses from Facebook CEO Mark Zuckerberg. With that being said, what should you know about the recent leak and could it impact you? Let’s take a look at the main elements and break down the damage.

Allegedly, the story goes as such: a political firm known as Cambridge Analytica initially came into possession of personal data belonging to more than 50 million Facebook users. This data, initially collected for academic purposes by a University of Cambridge lecturer, found its way into the company’s hands. The data was collected by pinging users with personality test requests, which allowed the information to be collected on a massive scale.

Potentially, this information was used to assist President Donald Trump’s presidential campaign (which was contracted with Cambridge Analytica at the time), potentially swinging the election in key states. Facebook had requested formally that the data be deleted by Cambridge Analytica, with the company claiming it had done so. New evidence suggests that this may have not actually occurred.

Who Does It Impact?

While it is hard to say exactly who may have been impacted on an individual level, it is safe to assume who won’t be. Non-Americans, for instance, probably did not have their personal data utilized in any American presidential campaign; the same goes for businesses with a presence on Facebook, seeing as how neither entity can vote in a presidential election.

If, however, you are an American and ever authorized an app known as “thisisyourdigitallife” to take a personality quiz, then your data is included in this leak. Likewise, the app functioned by collecting info not just on those who took the test, but their friends as well. While only around 300,000 actually took the quiz, the data-mining actually resulted in more than 50 million people’s information being harvested.

Facebook is apparently taking steps to minimize the likelihood of this occurring in the future, but the reality is that this wasn’t a “hack” or “leak” in the traditional sense. The data, collected via an app legitimately, ultimately ended up in the hands of a company not authorized to possess it.

With that being said, could there be additional regulations or action taken – by both governments and Facebook – to safeguard against this in the future? The answer is “absolutely”. The CEO of Facebook is pledging to find new ways to minimize the effect that app data can have in situations like this, but the act of apps pinging users for information isn’t likely to disappear in the near future.

Until then, the best that everyday people can do to reduce their chances of having personal information leaked is to provide as little to Facebook as possible and not authorize apps via the social network.

Tags:
facebook
« When Google Will Remove Bad Reviews
How to Fill Out Product Pages for Your Online Store »
Share