What Is Black Hat Social Media? 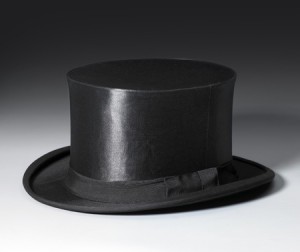 Since the dawn of the internet, search engines have used various algorithms and assessments to determine who should be ranked where in search engine results. Also existing since the dawn of the internet, black hat SEO tactics have been one way that individuals try to “game the system” and earn unfair advantages over their competitors. In recent years, it has become increasingly difficult to get away with these strategies as search engines’ algorithms become smarter and smarter. One popular trend emerging as of late, however, is the concept of black hat social media, which attempts to do the same thing on social media. What is black hat social media, and should you attempt to use it? We’ll discuss the basics below to provide you with more information.

We all know that pinging search engines with links and content can have a positive effect on how your site is ranked, but anything that looks abusive can cause your site to be penalized. Black hat social media examples include the purchasing of likes and followers to boost your audience and appearance of popularity, sharing links to other websites that pose security risks/attempt to steal information from users, creating fake social media profiles to boost the appearance of an active community by commenting on posts, and creating profiles that seem like they belong to another brand. These tactics have been in use for quite some time by many, with little to no consequences for those who engage in the behaviour.

How This Affects Search Engines

For some time, we have heard quite often about the effect that social signals can have on pinging search engines and affecting search rankings. While there isn’t a huge effect currently observable from their presence, most social media and SEO experts agree that these elements do play a role. This means that an inflated Twitter account and Facebook page associated with your brand can produce some benefit for your website in search engine results. There are also competitors who will create fake social media profiles to intercept traffic from the true brand; if they rank higher via social media than the actual site does, then this can negatively impact sales, conversions and traffic for the real brand.

As we alluded to above, social media black hat tactics currently have little to no negative repercussions for the user when it comes to search engine rankings and SEO. The most common negative side effects of its use relate to the potential loss of those social media accounts (and thus the money they invested in their creation) if the social media networks in question detect fraudulent behaviour. As it stands, though, the average internet user or brand owner has more to gain from the use of black hat social media techniques than they do to lose. This means that we will continue to see the trend intensify. Unfortunately, search engines have been quite limited at detecting this sort of behaviour and will struggle in the future to contain it, like they have black hat SEO.

Tips for Creating an Engaging Facebook Page for Your Business
Ways to Convince Your Company That SEO is Needed
What is Hybrid Search?