How Black Hat Social Media Can Backfire on You 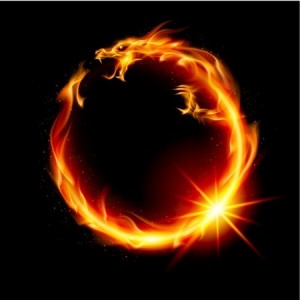 We all have times where we wish our social media content was performing better. In the recent past, sites like Facebook have tried to strong-arm users into buying more paid advertising to reach their followers by nerfing a page’s overall reach; other social media sites are making similar moves. Between the pressure being applied through these actions and the never-ending desire to reach a larger audience, many people consider using what we call black hat social media tactics to improve their prospects. Unfortunately, these tactics are often not worth it and can result in long-lasting damage to your brand. What exactly is black hat social media and how can it harm you? We’ll discuss the possibilities below so that you can make an informed decision.

What Is Black Hat Social Media?

We are all likely familiar with the term “black hat” and how it pertains to unauthorized or exploitative tactics used to boost a website or brand in search. Black hat social media revolves around the same premise: using a variety of mechanisms to increase reach. A few examples of black hat social media include buying likes from a “farm” in order to make a page or post seem more popular than it is, buying followers in order to do the same, creating a series of accounts to create the sense of community, or inflating review counts (positive ones for yourself, and negative ones for your competitors).

Many people believe that search engines do not take into account social signals or activity on social media. Unfortunately for them, social media and signals are now just as much of a part of algorithms as anything else. Google makes it very clear that anything that can be indexed publicly (social media profiles and pages are included) will be indexed and ranked accordingly. Pinging links with questionable reputation or accumulating massive amounts of followers illegitimately can have a negative effect on your overall SEO strategy. While the penalties associated with many black hat social media strategies are still rather weak or non-existent, expect this trend to continue to strengthen as search engines become more observant.

Black hat social media tactics may seem innocent enough, but plenty of people can recognize them. Particularly among younger generations, a massive amount of likes with no comments or a large number of followers with no retweets will give you away. This, in turn, can significantly damage your brand in terms of trust and authenticity, which is all you have to go on in the world of online interaction.

Almost all of these black hat social media tactics cost money, but what exactly do you get from them? In terms of benefit, there is very little. Social media farms help inflate your counts, but none of those accounts are interested in what you are promoting. You may be pinging links to many times the number of accounts you were prior, but when their sole existence is to simply increase the nominal measurement of followers, likes and other elements, they really don’t accomplish anything in terms of boosting revenue – in other words, you are losing money by doing this.