Some Interesting Stats About the Future of Mobile 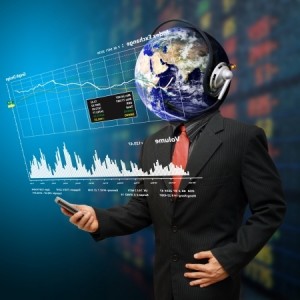 Anyone who has been around the web for some time knows that the only certainty is that things will one day change. Particularly when dealing with SEO and content creation, we have seen so many upheavals over the past decade that the nature of SEO today barely resembles the nature of SEO ten years prior. While we continue to see a variety of changes in how we must market content and what types of content people prefer, the biggest overall trend is the sleeping giant of mobile usage, which has slowly but surely crept up on us as technology becomes more portable and more powerful. Below, we’ll discuss some of the most interesting stats about the present-day situation of mobile and what lies ahead in the next few years.

While owning a mobile phone even a decade ago was considered a privilege on a global level, the sheer amount of phone ownership today is truly for the masses. With a mobile phone in existence for every human being at this point, it comes as no surprise that more and more people are using mobile phones to access the internet. Smartphone usage has sky-rocketed as well, with 20% of the world (equivalent to 30% of all adults) now owning a smartphone of some sort. In the United States, this number is triple that, with Android being the most popular operating system. Despite this, iOS remains the most popular OS when it comes to internet traffic, claiming approximately 60% of all mobile search traffic in the US. The rapid ascension of smartphone technology suggests that within just a few years, mobile internet traffic (smartphone and tablet combined) will exceed desktop internet traffic as the primary form of browsing.

While incorporating a mobile-responsive design for your website is a sure-fire way to ensure you do well when pinging networks like Google and Bing (their algorithms assess mobile-readiness, in addition to nearly 60% of mobile users saying they will not recommend a website to a friend that is not mobile-friendly), having a mobile app is an important part of improving user experience. Nearly nine in ten mobile users report that they would rather use an app than a mobile website to access content when possible.

With respect to marketing, there couldn’t be clearer preferences in many cases. Native ads receive anywhere from 20-40% more engagements than banner ads, and roughly 60% of all mobile users believe that mobile apps are generally useful. Despite the focus on mobile ads and email as primary ways to engage with mobile users, SMS notifications and coupons have a response rate many times higher than traditional email offers. Mobile users, unsurprisingly, also tend to be far more active online than desktop users; in some cases, they spend up to three times as much of their free time browsing the web when compared to desktop-only users.

It may sound insane, but mobile ad spending in 2015 in the United States will eclipse Exxon Mobil’s global revenues. With more than $400 billion expected to be spent on pinging networks with mobile ad components in 2015, there is certainly a lot of competition to consider. Locally-targeted ads will comprise a majority of this spending.

There are some other interesting titbits to keep in mind. Nearly half of all people report that they make a purchase after scanning a QR code for a product. Facebook currently has about 1/6 of the paid mobile ad market locked down, and nearly half of all mobile ads now revolve around persuading individuals to download a particular app (which is often monetized to a great degree via its own ads or in-game purchases).

Tags:
MobileMobile Traffic
« How to Ward Off Threats from Panda and Penguin with Your Content
How to Prepare for Local SEO in 2015 »
Share

Why Is Facebook Enabling Autoplay with Sound Against Users’ Wishes?
Europe’s New “Right to be Forgotten” Concept: What Does It Mean?
How Google’s Recent AdWords Changes Will Affect You