Three Reasons Why You Should Be Using Bing Ads (Too) 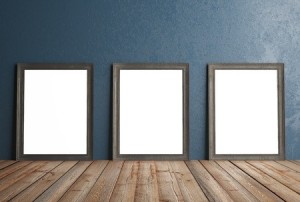 Most of us already know just how important paid ad spending for our sites’ successes is in this day and age. With SEO competitiveness now stronger than ever, it is sometimes the only way to be featured in a prominent set of search results quickly and thoroughly. Unfortunately, many people focus their paid marketing efforts on only one search engine: Google. While Google certainly enjoys the honour of having the most overall traffic, that is not the only set of criteria to consider when making your ad spending decisions. Below, we’ll talk about three reasons why you should also be using Bing Ads in your marketing efforts in order to reach the maximum number of interested individuals.

The most obvious reason for using Bing Ads alongside Google’s services is that your overall ad reach will be larger. While not everyone can afford to expand their ad budgets in order to be pinging networks everywhere, making this a long-term goal should be at the top of your marketing objectives list. In addition, the diversification of your ad expenditures across multiple platforms simply is common sense. You will reach in some cases a completely different demographic on Bing Ads that you might not reach on Google, and vice-versa. We highly recommend using Bing in order to expand your overall reach, but not having all of your eggs in one basket is another great justification for using this platform as well.

Believe it or not, there are some huge differences between the socio-economic stats of people based on which search engine they use. In the case of Bing, its users tend to be both older and wealthier. For some, this may not line up with their targeted demographics, but it may be right up the alley of some that wish to find an older audience with more money to spend. There are also studies that show that effective CPC on Bing Ads is cheaper than on Google, due predominantly to the fact that Bing users tend to spend more money after clicking on an ad than Google users. To put that in specifics, Bing users spend roughly a quarter more than the average internet user does, so no one can say that the Bing audience is a bad investment when trying to generate more purchases or conversions.

As we mentioned above, Bing often has effectively cheaper cost per clicks than Google. This alone might make it attractive to those who are looking to get the most bang for their buck, but it doesn’t stop there. Fuelling the trend even more is the fact that Bing ads enjoy higher click through rates than Google, which makes the CPC even more affordable. At the end of the day, pinging networks on Bing with paid ads can save you up to 60% when compared to Google’s networks. Who wouldn’t want to take advantage of such affordable ad buys? While this might make some consider abandoning Google altogether, it is highly recommend that a presence is maintained on both networks in order to ensure the most diverse audience possible.

Tags:
BingGoogle Paid Search
« All You Need to Know About Shoppers and Loyalty
Quick and Easy Ideas for New Content »
Share