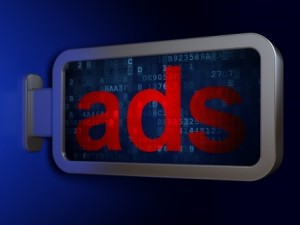 As the internet continues to grow and grow, more people are seeking ways in which they can reach their targeted audiences. While sites such as Google provide ample opportunity to target individuals whenever they search for specific queries, how can you work to target individuals in a more relaxed and relevant setting? A variety of different mediums have popped up in recent years that can allow for this, with one of the biggest ones being Reddit. Users from all walks of life can quickly begin using Reddit advertising as a way to reach audiences large and small – the only limiting factors are the size of your audience and your budget. Below, we’ll discuss the most important elements you can keep in mind for a Reddit campaign if you want it to excel.

The Basics of the Ad System

When you are ready to create your first Reddit ad, you’ll find that there are several options to help you get started and customize it to your liking. The cost of Reddit advertising is uniform and stands at $0.75 per 1,000 impressions. You’ll be able to then add content in the form of a URL or text post, with no character limits on what you can include – something you won’t find on many other advertising platforms. You’ll be able to monitor performance in the form of spending, impressions and clicks. The only downside to Reddit is that your ads must be manually approved and take quite a bit longer than they do on other social networks to be approved.

In order to gain something via your Reddit advertising, you must consider that your audience will expect something of value to be provided. Reddit users in particular are internet-savvy; they won’t respond well to generic spam messages or explicit calls to action. You must strive to give these individuals something that possesses value: quality content, multimedia or a great discount on a great product are all excellent ways to appeal to their sensibilities. The act of pinging servers with ads is a two-way street: in order for you to gain something of value, you must first provide something in exchange.

Reddit’s audience is a bit younger than your average social media network, and has an interesting sense of humour as a result. Many people have found great success via Reddit advertising through the use of memes – especially true if you can capitalize upon a late-breaking meme. Those who take themselves too seriously are bound to face unwanted criticism, since all Reddit advertising is open to commentary and its visibility can be affected by user interaction. By being light-hearted and funny, you will have the opportunity to convert even the most sceptical of your critics.

Reddit is a community and its users expect dialogue – that’s why they are there, after all. If you think you can just begin pinging servers on subreddits and gain valuable traffic without any communication with users, then you are dead wrong. Be sure to remain proactive whenever individuals comment on your ad; even if it is negative, you should try to turn lemons into lemonade.