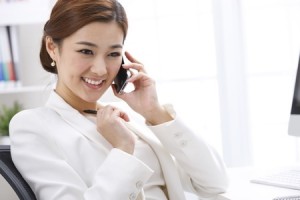 One of the best things about the internet is that the world of e-commerce is a completely open field for entrepreneurial spirits. With millions of niches to target and consider, just about anyone can strike it big with enough time and patience. We have seen the model of shopping move in large part away from brick and mortar institutions to online venues, which results in greater demand and supply. In the “old world”, it is widely-known that females are responsible – whether directly or indirectly – for a vast majority of how money is spent. Many people have asked whether or not the same tactics can be applied in the world of e-commerce and SEO, and what effects can be expected. We’ll discuss how targeting females online can yield benefits for your brand or business in this article.

There are hundreds of thousands of e-commerce websites on the web, but how do the ones that are geared toward females perform in search engine results? When pinging users with intent to target a specific demographic, it is often perceived as limiting reach in favor of dominating a smaller audience. When it comes to females, however, this isn’t necessarily applicable. For starters, it has been shown that more than two-thirds of all top performing sites in a basket of e-commerce SERPs are targeted toward female shoppers. Not only do businesses that cater to this demographic do better than those that do not, but they also rank higher in search engine results.

Is there a substantial difference between gender and device usage? It turns out that there is: females are a much better audience to target via mobile SEO, while males use desktop devices much more often. This makes sense from a broader perspective about human habits – namely, that males tend to be more “conservative” in their habits (technology is no exception). Roughly two-thirds of top-performing e-commerce websites in mobile search are targeted toward females, while two-thirds of top-performing e-commerce websites on desktop devices are targeted toward males. This can be a helpful piece of information, whether you are targeting females for increased business or pinging users for other purposes.

Apparently, similar trends in brick-and-mortar commerce have transferred into the digital realm. Females often control the finances in families and are responsible for much of the money that is spent. From clothing and electronics to groceries and investments, females often decide where and how this money is allocated. Because of this, sites that are optimized for females naturally gravitate toward the top of search results. As more and more females find these sites to be desirable, the trend is reinforced and cements entire industries around their shopping habits. Mobile users are also more likely to purchase items while out and about, and since women are primarily the spenders of money, mobile SEO has taken on this dynamic as well.

Anyone who wants to do better in search rankings and increase sales needs to look seriously at whether their business model is female-friendly. By targeting this important 51% of the population, your sales and SEO can both improve over the long-run.

Tags:
Femalesmarketingseo
« Sell Yourself and Your Brand on LinkedIn with These Marketing Tricks
Where Are Many E-Commerce Websites Failing in Mobile? »
Share

Required Skills for Digital Marketing Success
The Real Reasons Why Buying Links Is a Bad Idea
Does Your Business Use Pinterest? If Not, Why Not?