The Definitive Guide to Clearing Space on Your iPhone 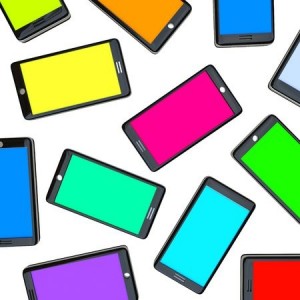 It doesn’t matter how much memory your iPhone has, it always runs out, right?  Photos, games, videos, apps… they just seem to burn through all that free space faster than ever. And it can be such a heartache to clear space, because you really do get attached to everything on your phone don’t you?  Well, perhaps it’s time to make the firm decision to free up space and help give your phone a new lease of life.  Let’s run through the list…

Clear Out Those Apps!

Apps can take up a surprising amount of space.  Okay, it may have been quick to download in the first place, but over time it can end up taking huge amounts of space.  Why?  Because updates and other content get downloaded in the background.  Plus, as you use the app and save data (for example taking and editing photos), that too takes up more and more space.

And one particular culprit is games.  These can easily come to hundreds of megabytes, as they get ever more complicated.  So really, when was the last time you played Clash of Clans or Boom Beach, and are you really ever planning to play again?

Photos accumulatively take up tons of space, but you generally need lots of them.  Whereas videos can easily eat through all your available space if you let them, and surprisingly quickly! Whether it’s videos you’ve recorded, TV shows you’re watching, or other videos you’ve transferred to your phone, be merciless about deleting what you don’t watch.  You can always add it back later if you really miss it, right?  Because you’ll always have at least one backup on your computer, or in the cloud.

Two Copies of Every Photo?

Did you know that often when you take a new photo, it actually gets saved as two images rather than just one?  If that sounds crazy, well, there is method in the madness: The iPhone can allow you to take HDR images.  This stands for High Dynamic Range. What an HDR image is, is a photo taken at multiple exposures and then turned into one single image so that the final photo looks as good as it can.  However, the original photo (non-HDR) is also stored at the same time.

So if you prefer, you can turn off the option to keep the standard image by going to the Settings screen and then choosing Photos & Cameras. Then, simply choose Keep Normal Photo and decide whether you’d like that to be on or not.  Dead easy.

Text messages by themselves don’t take up much space.  Where the space really starts getting eaten up is if you’re sending and receiving images.  Those images just sit in your messages taking up more and more space. I understand how you get attached to text conversations, but maybe at least prune some of the messages?  Or even entire conversation threads if you can face doing that. And don’t forget about voice mails. If you have a habit of saving these messages, perhaps it’s time to clear those out.

So just these simple tactics can clear out a ton of space, help your phone run more smoothly, and at least then you can save the images, videos and apps you really want.