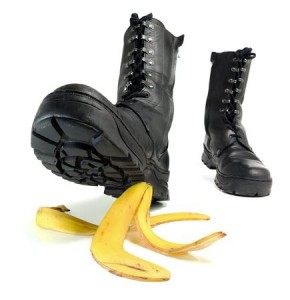 Sooner or later, everyone is bound to make a mistake. The difference between people who make mistakes inevitably boils down to those who learn their lessons and those who do not. In the world of online brand management and social media outreach, learning from mistakes quickly is essential if a brand’s image is to be maintained. Because of this, more and more entities are seeking out ways in which to avoid being like those horror stories we hear about where a brand goes off the rails in one way or another. Below, we have put together a list of common (and not-so-common) social media mistakes that must be avoided in order to prevent embarrassment and please audiences.

Any successful social media effort will encompass multiple social media networks. Almost everyone uses Facebook due to its popularity, as well as Twitter, but you may also be reaching out on a variety of other social networks that cater to your audience. Pinging links to identical forms of content or sharing the same photo across all social media networks smacks of laziness. It also will not help you boost social media clout. Each social network is bound to have a different audience – even when engaging for the same brand – and as such, careful consideration must be made when reaching out to each audience. Cloning your content across all of them will produce mediocre benefits at best.

All too many times, we may be in a rush to push out some content to our viewers. In other cases, a series of events seemingly out of our control happen that push our nerves to the breaking point. In situations such as these, it can become difficult to resist the temptation to post heated replies or ill-thought posts to our social media accounts. Never do this! All too many times, heated replies to a controversy only serve to make the situation worse. Likewise, posting on a whim without taking the time to read over or consider potential auxiliary interpretations of the message may create a controversy in and of itself.

A social media page or profile is only as good as the amount of interest it can attract. With platforms such as Facebook penalizing pages that post too often or not enough, it is important that your page utilizes the concept of efficient posting at planned intervals in order to get the maximum benefit from each post. An average Facebook post has a half-life of around six hours, for instance, meaning that after just one day, a mere fraction of individuals will see it when compared to the day prior. Pinging links, blog posts, videos and more requires a careful and planned schedule that ensures your reach isn’t diminished by appearing to be spammy or inactive.

A myriad of social media mistakes can be made that threaten overall prosperity for a brand and its message, but considering a variety of variables before acting can often prevent this from happening. By posting at regular intervals, tempering the desire to post quick or heated responses, and avoiding the use of cloned content, your brand’s social media efforts can be largely free of careless mistakes.