Mobile Will Overtake Desktop in Search This Year – Are You Ready? 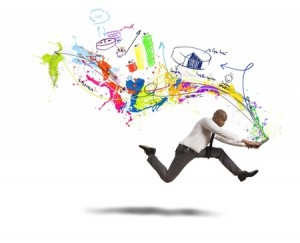 New reports are showing that search and ad spending that targets mobile search in the United States will overtake that of desktop ad spending sometime in 2015. Search and ad spending refers to the amount spent on both PPC campaigns and organic search improvements. While the time at which total search traffic on mobile will overtake desktop search may still be a few years away, the overall trend of the web becoming mobile-dominant is already being felt. Have you made any preparations on how to deal with ad spending and organic search in a mobile-majority world? Below, we’ll outline some of the expected changes and what you should consider in SEO and paid marketing.

Apple Is Leading the Charge

With so many mobile devices out there these days, it can be hard to track down from where exactly all of the mobile traffic is coming. Leading the pack when it comes to mobile traffic, however, is Apple, in part because their brand is so well known among consumers. Comprising roughly 60% of all mobile traffic at the moment, this is in stark conflict with the data that suggests that Android has the lead in market share in the US at the moment. More browsing seems to occur on iOS devices, which should make them a prime target in your mobile ad and content strategies. While many paid ad services do not make the distinction between Android or iOS when placing a bid, this one set of stats should give you more pause about which one to target first when there is an option to choose one or the other.

While pinging search engines with paid ads may not seem like an exciting task, you may feel differently after sorting through the data and realizing that not all mobile users think alike. Surprisingly enough, Android users – despite comprising an overall smaller share of mobile search traffic – are more receptive to PPC campaigns than Apple users. Several theories have been considered as to why this is, such as the average larger screen on Android devices making ads less annoying and the overall shopping habits of each type of user. Whatever the case may be, having this information at your disposal will help you further consider how to balance your ad spending when targeting mobile audiences in the future.

With mobile organic search now teetering around 40%, it’s high-time that your overall strategy – both paid and organic – begin to take into account this overall trend. Without a significant investment in mobile in the next couple of years, it is very likely that your brand will be left behind. In order to prevent this, you will want to focus on mobile-responsive web design, paid ad campaigns that balance traffic interests accordingly, pinging search engines with content that is easy to peruse on mobile devices and pursue a significant social media strategy. Each one of these elements requires a lot of work in itself, but over time, you’ll be able to expand and improve your overall web presence to address all of these issues. It is not a matter of choice going into 2015; it is a matter of necessity.

Tags:
DesktopMobilesearch
« You May Be Forgetting About These Three Online Traffic Sources
All You Need to Know About Shoppers and Loyalty »
Share

Firefox 5 – Addon Update
Pingler Social Plugin – Introducing Pingler Feed
Brands on TikTok: How to Act In Order to Save Your Content Post-Ban