Is Digg Digging Its Own Grave? 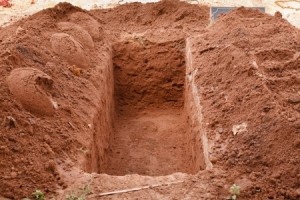 Less than two years ago, reports began to surface that Digg was dying at a dramatic rate when measured in terms of traffic. The site dropped from 44 million unique visitors per month in late 2009 to just over 25 million in mid 2010. As of 2012, traffic is now around just 4 million unique visitors per month. What caused this sharp decrease in traffic and what does it mean for the future of Digg? With new competitors popping up ready to take its place (with some already taking a sizable chunk of their former visitors), can anything be done to salvage the damage and is it still worth using Digg for SEO purposes?

Many people point to the farewell of founder and CEO Kevin Rose in early June 2010 – which occurred alongside the massive 30% decrease in traffic in the previous month. With both its original leader gone and a hemorrhaging of traffic, many bloggers proclaimed that Digg was on an irreversible path toward insignificance. While the worst for Digg in terms of rapid traffic loss was over, the slow and steady decline of the social hub was just beginning. Over the following two years – until present day – Digg has since seen its traffic drop approximately 80% from June 2010 levels.

In the void that has since been left by Digg, a number of alternate news sharing sites have popped up. Even though sites such as Facebook have since developed measures that display popular news and trends shared by your friends on your status feed, many feel that there is still room for a separation of news and chatter. One of the competitors, Thruzt, aims to combine many of the great aspects that made Digg famous along with an environment that will favor bloggers, webmasters and search engine optimization enthusiasts. Time will tell if sites like Thruzt manage to generate as much hype as Digg once did.

Should I Still Use Digg?

The short answer is: absolutely! Regardless of how far it has fallen, Digg still has a loyal community and a great reputation – both with the internet community and Google’s PR algorithms. Trends and late-breaking news can still be found here and there is absolutely no reason why Digg cannot be helpful to you in advertising your site, articles or blogs. You will benefit from the existing 4 million unique visitors per month in addition to the reputable backlinks you can establish by referring to your site. Never look a gift horse in the mouth; regardless of Digg’s current situation, it is still very viable for you as a social networking user and a webmaster.

Checking On Your Links

So, you have dozens of links to your various sites on Digg: now what? You will want to keep tabs on which links you have where and how they are being received (in each post/comment section). Pingler’s tool, the Digg Links Checker, will scan Digg for any backlinks that are pointing to your website. Simply input your specific URL, press Enter and let the tool recover all available backlink data on that particular link.

Tags:
diggDigg Links Checker Toolsocial media
« Bringing Your Site Back to Par after the Penguin Update
Are You Missing Out On Mobile META Tags? »
Share