How Did Google Become Number One? 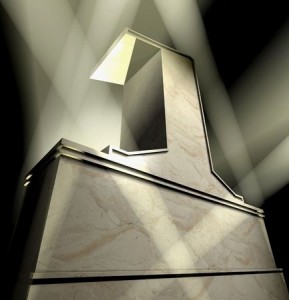 For years, Google provided search engine services in a relatively minimalist fashion, competing against other big search engines like Yahoo, Lycos and Infoseek. As time progressed, however, the stardom surrounding these successful enterprises began to fade as Google grew and grew. It is a complicated web of events that leads to the success or failure of any web-based entity, but Google’s story is a rarity in the sense of how much it has grown over the past decade and how dominant it has become in the world of search. This leaves many with the question, “just how did Google become so prominent in the world of search, email, and a variety of other areas?” We will attempt to answer these questions in the following article, as many are craving to understand more about this search engine’s rise to power.

A Dedication to the User

From the beginning, Google has operated with a simple premise at its forefront: it must provide users with relevant and interesting information, services and products. Even in its earliest days, Google’s search engine algorithms were designed much differently than those of other big names at the time, giving it the ability to produce more relevant results for its users. Instead of pinging networks multiple times to find what they needed, users were often able to use Google to find anything in just one search. Word of mouth then helped grow Google’s user base as it provided a superior search experience. This dedication to the user – which focuses upon relevance and interest – helped lay the groundwork for Google’s future success.

Until just a few years ago, it was relatively uncommon to see dozens of advertisements in each search result. Google built a business model primarily around revenue generation from ads, which was something that was considered risky at the time. Other search engines were worried that such an approach would turn off users from using their search functions. Instead, Google was able to solidify a solid presence among web-based businesses and grow interest in the search engine. This may have been the initiating factor in how much SEO consideration is now given to Google versus its competitors.

Whether it pertained to search, email, maps or something else, Google consistently tried to stay ahead of its competition when it came to technology – and won. Some of the more popular features added by Google over the years included the large (at the time) amount of storage given to those who adopted Gmail, the evolution of web-based maps into something we now call Google Earth, and the careful considerations that were made from the get-go to push Google Search’s relevance ahead of what other search engines were pinging networks of users with at the time.

Google has become number one in search – and many other areas, for that matter – due to an unrelenting approach to be the best. Making a name for itself in the advertising industry helped bring an array of commerce and a viable business model to the search giant, while technological innovation on multiple fronts kept users craving more from the enterprise. Whether it pertains to mail, search, advertising, social networking, shopping or just about anything else, it can be safely said that Google has most – if not all – of its competition beat.

How Google’s Recent AdWords Changes Will Affect You
How to Bring in Traffic Without Google
Here’s Why Google Is Giving You the Stink Eye, and How to Fix It