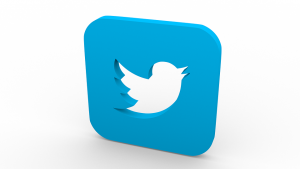 Elon Musk completed his takeover of Twitter and one of his first actions was to remove some of its top leaders. In addition to some of his other actions, this is a clear indication that change is coming to the “bird” app. With contradictions between what Musk says and the direction he seems to be taking the social media platform, one has to wonder what’s next for Twitter. We can speculate or take educated guesses depending on what has already happened since the completion of the deal.

Twitter Blue is a paid service on the social media platform that gives those who pay for it special features and benefits. For example, they can edit tweets, something users on the platform had been asking for for a long time.

Elon Musk seems to see Twitter Blue as a way of making more money from subscribers and reducing the platform’s reliance on advertisers for its revenue. Every social media platform, from YouTube and Facebook to Instagram and Twitter runs on advertiser money, which makes up between 80 and 90% of these platforms’ revenues.

If Musk can increase subscriber revenue and reduce advertiser reliance, he seems to think the platform would be much better. How does he plan on doing so? Using the verification check mark.

The blue check on social media is coveted because it shows people, mainly brands if you are an influencer, that you are a real person. Because of how dearly people hold on to it, Musk surmises that people would not mind paying for it, especially those who had issues getting it in the past.

While his calculations are easy to understand, the backlash that Twitter and Musk have experienced since the option to pay for this feature was announced makes them seem less so. Twitter is haemorrhaging users who think their right to speech will be infringed upon once they have to pay to be verified.

Twitter will continue losing users until this decision can be explained better or reversed, with the former being more likely.

Musk has also announced a new checkmark for official accounts to distinguish them from verified accounts.

There are a lot more features that have been announced, but we see Twitter struggling for a long while to implement them if ever. Remember Musk has fired whole teams that would have worked on these features.

Another area that will have a huge implication on Twitter’s future is how the platform handles free speech. While some interpret it as the ability to say whatever they want online, advertisers and other users might not want to be associated with a platform that lets vile speech fly.

How Musk handles this will, perhaps, be the biggest determinant of whether the platform survives.

Twitter is headed in a different direction than before Elon Musk took over. It seems to be pulling itself in too many directions, and what’s next for it will become apparent with time.

Tags:
Elon Musksocial mediatwitter
« Why It’s Important to Test New E-Commerce Pages Before They Go Live
Is the Yoast SEO WordPress Plugin Worth It? »
Share

How YouTube Ads Can Boost Your Business
What Value Can Videos Provide Your Brand?
Will Bing Overtake Google in the Future?